Equilibrium grain boundary segregation of P in 12Cr1MoV steel after aging of 15 h under elastic stress of 30 MPa equals nearly to that after thermal aging. 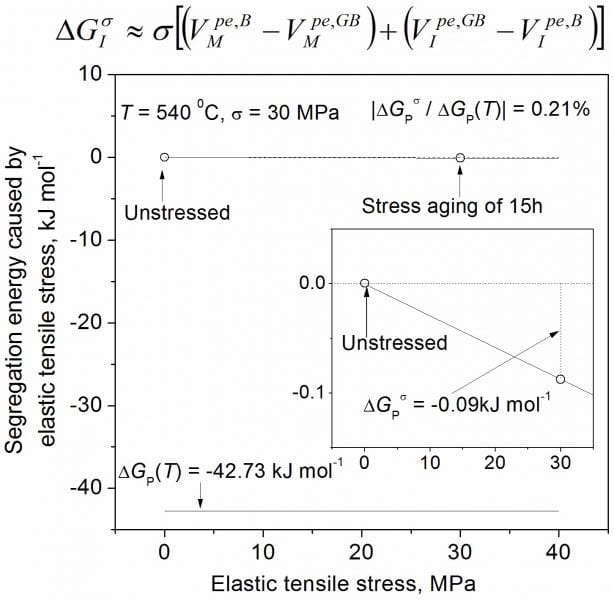 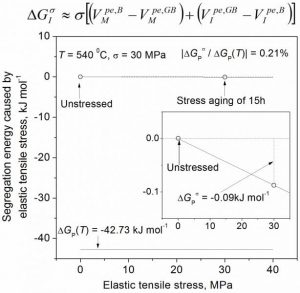 Solute elements segregating at grain boundaries while remaining in solution were invoked from time to time to explain mechanical, chemical, magnetic, or electrical properties of materials. Many researchers proved that applied stress (normally lower than elastic limit level) plays an important role in grain boundary segregation of solutes. Extensive studies on kinetic effect of elastic stress were carried out while few investigations on thermodynamic effect. Besides, the existing theoretical analyses for thermodynamic effect deviate from the already known experimental results.

By the model and formulation between elastic stress and segregation Gibbs energy which was setup by the same group, the effect of elastic stress on grain boundary segregation thermodynamics of P is calculated to be slight, indicating a good agreement between experiment and calculation. The agreement gives evidence to the validity of the model and formulation.