Sequencing of the human genome led to the surprising discovery that we do not have many more protein coding genes than presumably simpler organisms. 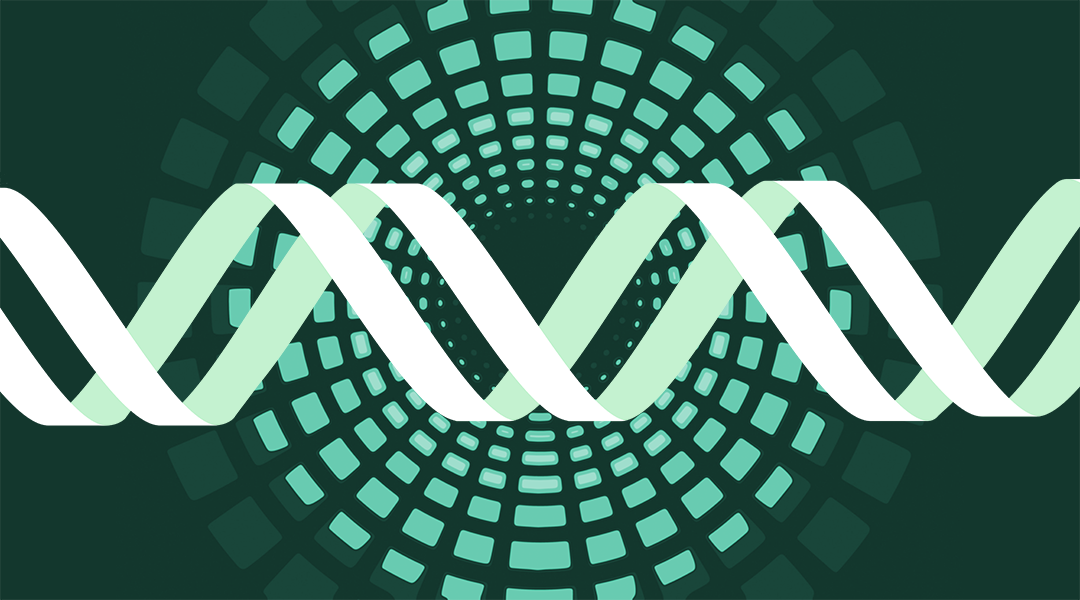 Sequencing of the human genome led to the surprising discovery that we do not have many more protein coding genes than presumably simpler organisms, even the round worm C. elegans. Complexity in gene expression is achieved in part by modulating the way that messenger RNAs (mRNAs) are assembled: Most protein coding genes in eukaryotes are transcribed into precursor RNAs that consist of exons, which encode protein sequence, and introns, which are rapidly removed by the splicing machinery to generate a mature mRNA. Modulation of the way exons are spliced together is referred to as alternative splicing; recent estimates suggest that more than 95% of all genes undergo context-dependent alternative splicing.

Alternative splicing is an essential and ubiquitous mechanism of gene regulation that allows for the diversification of protein expression in distinct cell-types or under different environmental conditions. Splicing is catalyzed by the spliceosome, a macromolecular machine composed of small nuclear ribonucleoprotein particles (snRNPs) and various auxiliary proteins known collectively as splicing factors. Splicing is regulated by diverse extracellular signaling pathways, but the mechanisms are still not well understood. In WIREs RNA, Xiaolei Liu and Peter Klein review the roles of the signaling protein Glycogen Synthase Kinease-3 (GSK-3) in mRNA splicing, addressing splicing factors that are phosphorylated in a GSK-3-dependent manner, the impact of GSK-3 inhibition on global and specific mRNA splicing, and possible roles for GSK-3 in aberrant splicing associated with cancer. 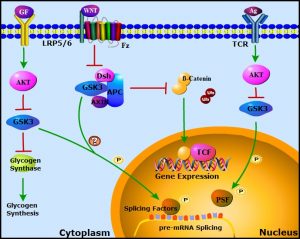 GSK-3 regulated phosphoproteins are enriched for splicing factors such as SF3B1, SRSF2, PSF, and RBM8A, as well as other protein involved in RNA processing, including nucleophosmin 1 (NPM1) and PHF6. Liu and Klein point out that many of these RNA processing proteins are frequently mutated in leukemia and myelodysplasia. As GSK-3 is inhibited by pathways that are pathologically activated in leukemia and loss of Gsk3 in hematopoietic cells causes a severe myelodysplastic neoplasm in mice, these findings raise the possibility that GSK-3 is a critical regulator of mRNA processing in normal and malignant hematopoiesis, including myelodysplasia and acute leukemia. In this review, the authors also highlight the potential therapeutic use of splicing targeting in cancer treatment.