A new solution for large-scale energy storage through the hydraulic lifting of large rocks. 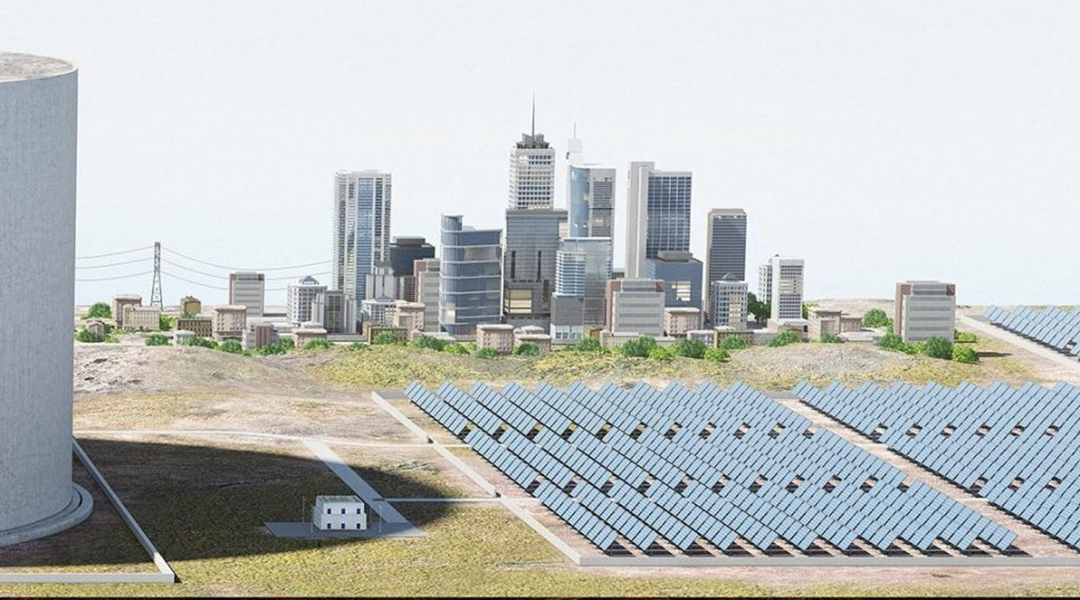 The dominant technology for the large-scale storage and retrieval of electricity is pumped hydro. Here, electrical energy is converted to gravitational potential energy by moving water uphill, and is then retrieved by allowing the water to flow downhill through a turbine.

A new concept in gravity storage eliminates the need for hills and simply uses water pumps to hydraulically lift massive rocks in an underground shaft. The acquired potential energy is reclaimed as electricity by discharging the water under pressure though a turbine.

Professor Eduard Heindl invented this genre of gravity storage technology in 2010. Together with a team of civil engineering, geology, mining, and geophysics specialists, the technology is being developed by a Stuttgart-based company, Heindl Energy GmbH.

A unique feature of this kind of gravity battery is that its storage capacity (E) scales as the fourth power of the radius (r) of the disc-shaped rock being hydraulically lifted according to the equation:

ρr and ρw are the densities of the rock and water, and g is the gravitational constant.

The fourth power law means the storage capacity is boosted 16x by doubling the radius, while the construction costs scale according to the square of the radius.

For a rock with a diameter of 250 meters and a density of 2600 kg/m³, a storage capacity of 8 GWh can be achieved, which competes with that of the largest pumped hydro power stations.

It should be noted that ideally these massive rock structures would be a single piece, but these are hardly available so care has to be taken of cracks in the rock. The mining and tunneling industry have developed well-known methods to strengthen the cracks; for example, with steel anchors.

You may recall an earlier article where gravity batteries were highlighted, the working principle of which was founded on lifting and lowering concrete using above-ground trains and cranes, and under ground in shafts.

While elegant in its simplicity, the carbon footprint of concrete is notoriously large and is presumably part of the technical-environmental-economic analysis of the concrete battery storage systems.

The carbon footprint of carving and shaping rock required in the above mentioned gravity battery also has to be taken into account, and it will be interesting to compare the overall carbon balance analyses of concrete versus rock lifting gravity storage systems.

In the unrelenting transition from non-renewable to renewable forms of electricity, it will be interesting to watch the industrialization of competing concrete- and rock-based gravity battery technologies under development today.