The burden of caring for Planet Earth is upon our shoulders, and it will take some heavy lifting and concrete solutions to reverse the adverse, long-term effects of climate change. 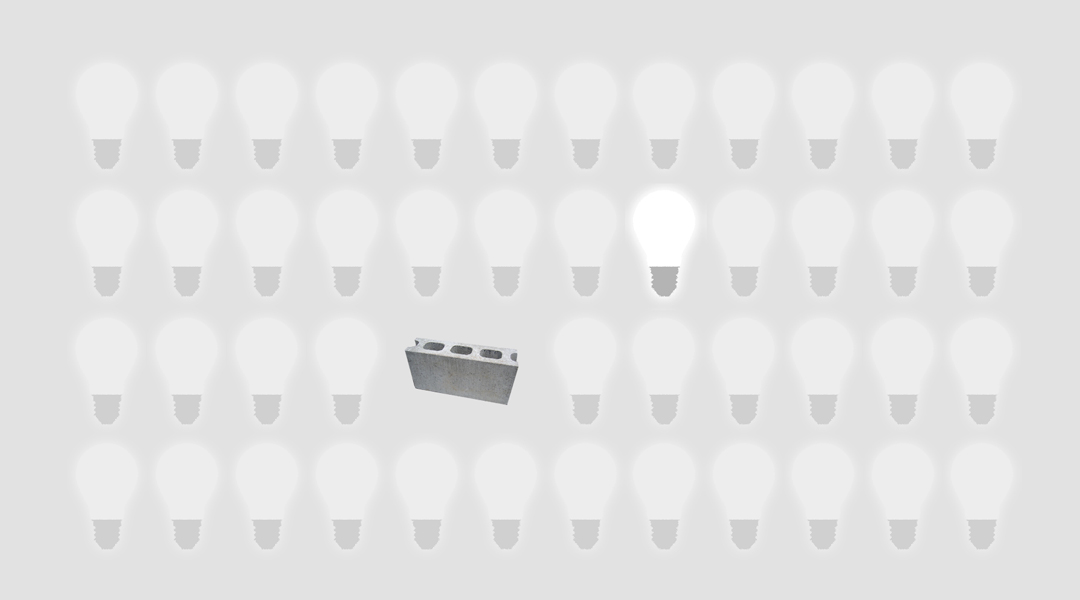 As the global hunger for electricity grows and the transition to solar and wind accelerates, more and more effective electricity storage technologies are urgently required to handle the challenges of scale, intermittency, and the stress of ubiquitous usage by billions of consumers.

Storage of intermittent solar and wind electricity is crucial to enable round-the-clock dispatchability, and several approaches involving chemical (e.g., batteries and electrolytic cells), mechanical (e.g., compressed air), and potential (e.g., pumped hydro) energy have been applied. The latter has proven to be robust, energy-efficient, and cost-effective for storing grid-scale megawatt (MW) power but requires large mountain lakes, and is therefore limited in its applicability.

Concrete solutions are needed to solve the large-scale electricity storage problem for both daily and seasonal applications, and it’s going to require some heavy lifting. Literally. In fact, lifting and lowering massive concrete weights may prove a viable option for storing and releasing grid scale electrical energy over periods as short as seconds to as long as months, which would represent a significant step towards renewable energy utilization.

A new generation of gravity batteries that can play their part in establishing a sustainable energy future are on the horizon, and they all make use of concrete.

If one looks at some of the great materials discoveries made through the ages, such as stone, iron, bronze, steel, concrete, plastic, and silicon, the indisputable giant in the field of construction materials is concrete. Concrete has an illustrious history that can be traced to 6500 BC, where the floors, houses, and underground cisterns built in Syria and Jordan were constructed of an early form of concrete. The Great Pyramids in Egypt and the Great Wall in China, which appeared around 3000 BC, also used concrete bricks and mortar. Roman concrete structures have stood since 600 BC. However, following the fall of the Roman Empire in 476 AD, the know-how for making cement, the key ingredient or ‘glue’ that holds concrete together, was lost until manuscripts containing the missing information resurfaced during the 15th century, after which interest in using it as a construction material was revived.

Advances in the production methods and use of concrete accelerated in the early industrial revolution (1793-1824) with the pioneering work of John Smeaton and Joseph Aspdin, and is evidenced by the construction of historic buildings, many of which stand in good stead today. Since 1830, impressive progress has been achieved in concrete science and technology, including steel reinforced, freeze resistant, flexible, and translucent forms of concrete, enabling the construction of bridges, dams, high-rise buildings, and smart houses, and amazingly, in 2016, the first, fully operative 3D-printed, concrete building in Dubai.

Concrete is the world’s most abundant manufactured material. The global growth in the use of concrete has been astronomical with the result that it has one of the largest carbon footprints of all emitting industries, representing about 7% of global CO2 emissions.

The massive carbon footprint of cement emanates from two sources: (i) the CO2 from the combustion of fossil fuel to generate heat at the very high temperatures (> 1000°C) required to drive the highly endothermic calcination of limestone to convert CaCO3 feedstock to CaO, and (ii) the CO2 from the decarbonizing reaction CaCO3 → CaO + CO2.

Impressive developments to circumvent these emissions are being made, for example, by putting CO2 back into concrete in the form of a permanently captured mineral to improve its mechanical properties. This is an innovative step towards enduring carbon sequestration and a greening of the concrete industry, with a better concrete being produced by companies such as Carbon Cure.

Another creative way to circumvent the CO2 emissions associated with conventional cement making is to decarbonize CaCO3 to Ca(OH)2 in an ambient temperature aqueous phase electrochemical process powered by renewable electricity. The conversion of Ca(OH)2 to CaO and its reaction with SiO2 to produce calcium silicate, the major component of Portland cement, are much less energy intensive than the conventional cement making processes.

A third approach to mitigate CO2 emissions is to generate the high-temperature heat with concentrated solar radiation, avoiding the combustion of fossil fuels and their concomitant emissions.

The application of concrete for large scale storage of electricity is the latest development in its storied history. Here, the goal is to enhance the operations of utilities, cope with brownouts, and encourage the development of renewable energy technologies.

Electricity supplied to a grid must equal the electricity consumed at all times. Consumption varies substantially over periods ranging from seconds to years. Balancing supply with consumption utilities relies on peaking plants, which operate only a few hours per year, and electricity storage. Both are costly. The intermittent nature of wind and solar increases the need for peaking plants and/or storage.

Today, pumped hydro, a mature technology, accounts for more than 95% of the world’s electricity storage. The pumped hydro principle is ancient and elegantly simple: excess electricity is used to pump water up hill to a storage reservoir from which it is released when additional electricity is needed. The water released flows through turbines that transform its potential energy into electricity.

The limitation of pumped hydro is the requirement for hills and reservoirs, which has restricted its use to about 10 countries. Many other technologies with the ability to store electricity on various scales and time periods exist. The growing reliance on renewables will require rapid expansion of other storage technologies, especially where pumped hydro is not feasible. Since 2018, billions of dollars have been committed to large lithium ion battery projects based on the success of Tesla’s Hornsdale Power Reserve in South Australia. Because storage needs are diverse, other technologies are expanding as well.

A number of new companies are targeting concrete gravity batteries. Three competing designs are illustrated in Figure 1. One involves electrically powered trains on low friction rails where each freight car carries a massive concrete blocks up an incline and distance that optimizes the storage capacity and energy efficiency of the system. Electrical energy is stored as potential energy by moving the concrete up the incline, and is reclaimed as electrical energy through regenerative braking as the freight cars roll down the incline. The principle of the other two examples is similar but the designs are different. One involves building and un-building a tower made of massive concrete blocks above ground, the other lifts and lowers massive concrete blocks up and down an underground  shaft, which could be provided by an abandoned mine or oil, gas, or water well.

Lifting and lowering concrete blocks can store and release on demand, tens to hundreds of thousands of megawatt hour (MWh) electrical energy as potential energy for short periods of time (even months), with round-trip energy efficiencies as high as 80-90%. The longevity of these physical batteries could be as high as 50 years without the problems of cyclability and degradation of materials for chemical batteries and/or electrolytic cells.

So, why concrete? Any material that can be raised and lowered would work. However, concrete provides an excellent combination of density and low cost. Density is important because the potential energy is a function of the weight and height, while the cost of the system varies with the volume of the material being moved. In addition, the cost of the material and of the protection it needs is critical to the economic viability of the system. Concrete has a relatively high density, low cost, and needs no protection from the elements. Various metals, including lead and gold, have densities several times higher but cost hundreds of times as much as concrete.

In the end, the leveled (payback) cost of electricity per kWh of competing grid electricity storage devices will control their economic viability. Investors will not develop a project if the lifetime costs of the technology (e.g., capital investment, maintenance, power, operations, and discounts) cannot be recouped.

Utilities will implement storage for different scales (MWh) and time periods. And some technologies will be limited by local conditions such as available hills or shafts. So a range of technologies is likely to find commercial application.

There is an urgent and growing need for diverse storage solutions to address fluctuations in electricity consumption and the increasing intermittency of electricity supply as grids decarbonize. As the role of concrete in revolutionizing civilizations continues, there are exciting opportunities for concrete to reduce its significant carbon footprint and to contribute to a sustainable energy future.

On a final note, if concrete gravity batteries become commercial will the CO2 emissions as a result of making the concrete blocks cause the current reported figure of 7% emissions be significantly increased?