Getting under the skin of the li-ion battery dendrite problem

Researchers discover that bulk of li-ion dendrite material lies below the surface of the lithium electrode in early stages of development. 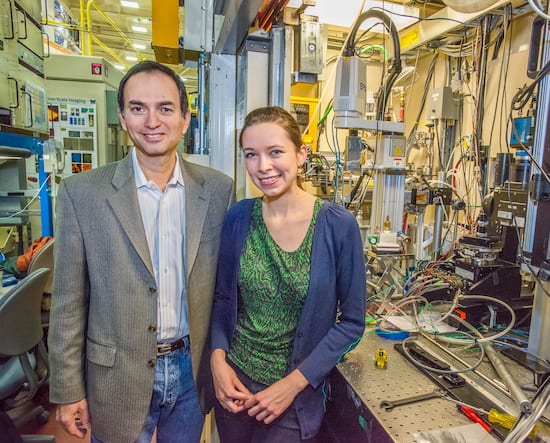 These 3D reconstructions show how dendritic structures that can short-circuit a battery form deep within a lithium electrode, break through the surface and spread across the electrolyte.

The lithium-ion batteries that power our laptops, smartphones and electric vehicles could have significantly higher energy density if their graphite anodes were to be replaced by lithium metal anodes. Hampering this change, however, has been the so-called dendrite problem. Over the course of several battery charge/discharge cycles, particularly when the battery is cycled at a fast rate, microscopic fibers of lithium, called “dendrites,” sprout from the surface of the lithium electrode and spread like kudzu across the electrolyte until they reach the other electrode. An electrical current passing through these dendrites can short-circuit the battery, causing it to rapidly overheat and in some instances catch fire. Efforts to solve the problem by curtailing dendrite growth have met with limited success, perhaps because they’ve just been scratching the surface of the problem.

Researchers with the U.S. Department of Energy (DOE)’s Lawrence Berkeley National Laboratory (Berkeley Lab) have discovered that during the early stages of development, the bulk of dendrite material lies below the surface of the lithium electrode, underneath the electrode/electrolyte interface. Using X-ray microtomography at Berkeley Lab’s Advanced Light Source (ALS), a team led by Nitash Balsara, a faculty scientist with Berkeley Lab’s Materials Sciences Division, observed the seeds of dendrites forming in lithium anodes and growing out into a polymer electrolyte during cycling. It was not until the advanced stages of development that the bulk of dendrite material was in the electrolyte. Balsara and his colleagues suspect that non-conductive contaminants in the lithium anode trigger dendrite nucleation.

“Contrary to conventional wisdom, it seems that preventing dendrite formation in polymer electrolytes depends on inhibiting the formation of subsurface dendritic structures in the lithium electrode,” Balsara says. “In showing that dendrites are not simple protrusions emanating from the lithium electrode surface and that subsurface non-conductive contaminants might be the source of dendritic structures, our results provide a clear prescription for the path forward to enabling the widespread use of lithium anodes.”

Balsara, who is a professor of chemical engineering at the University of California (UC) Berkeley, is the corresponding author of a paper describing this research in Nature Materials titled “Detection of subsurface structures underneath dendrites formed on cycled lithium metal electrodes.” Co-authors are Katherine Harry, Daniel Hallinan, Dilworth Parkinson and, Alastair MacDowell.

Nitash Balsara and Katherine Harry at ALS beamline 8.3.2 where they shed important new light on the dendrite problem in lithium batteries. Photo by Roy Kaltschmidt.

The tremendous capacity of lithium and the metal’s remarkable ability to move lithium ions and electrodes in and out of an electrode as it cycles through charge/discharge make it an ideal anode material. Until now, researchers have studied the dendrite problem using various forms of electron microscopy. This is the first study to employ microtomography using monochromatic beams of high energy or “hard” X-rays, ranging from 22 to 25 keV, at ALS beamline 8.3.2. This technique allows non-destructive three-dimensional imaging of solid objects at a resolution of approximately one micron.

“We observed crystalline contaminants in the lithium anode that appeared at the base of every dendrite as a bright speck,” says Katherine Harry, a member of Balsara’s research group and the lead author of the Nature Materials paper. “The lithium foils we used in this study contained a number of elements other than lithium with the most abundant being nitrogen. We can’t say definitively that these contaminants are responsible for dendrite nucleation but we plan to address this issue by conducting in situ X-ray microtomography.”

Balsara and his group also plan further study of the role played by the electrolyte in dendrite growth, and they have begun to investigate ways to eliminate non-conductive impurities from lithium anodes.