Getting renewable methanol on the high seas 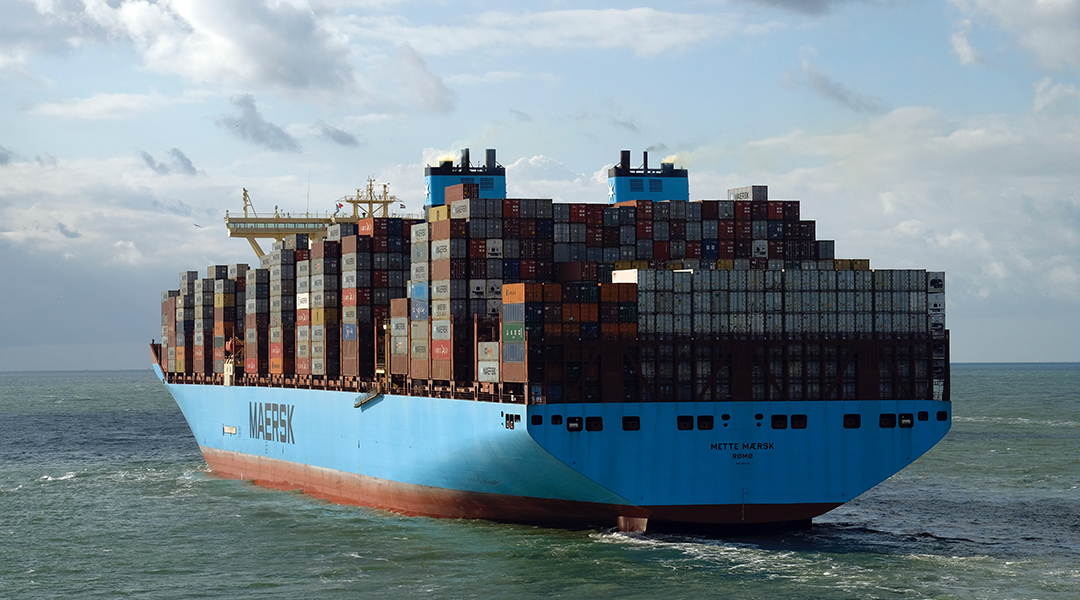 Several global industries, including chemical manufacturing, aviation, and marine shipping continue to contribute significantly to global carbon emissions. Shipping, for instance, contributes 3% to annual global emissions and along with these other industries remains hard to “defossilize”. But a recent advance in sustainable methanol fuels could mean a giant leap toward carbon neutral shipping.

Danish shipping leviathan Maersk has bet its future success on renewables that will save more than 1 MMt of carbon dioxide emissions per year by introducing hybrid-fuel-powered vessels that run on methanol.

Shipping has traditionally used low-quality bunker-C fuel oil or high sulfur fuel oil, a residue left over from crude-oil processing that results in not only sulfur dioxide emissions causing acid rain, but excess carbon dioxide due to its low hydrogen content. There has been progress in the shipping industry over the past decade to switch to low sulfur fuel oil, with a mandate from the International Maritime Organization (IMO) made last year. To comply, shipping companies will either be required to switch to low sulfur fuel oil or install multi-million-dollar exhaust gas scrubbers to remove the sulfur from high sulfur fuel oil before venting combustion gases overboard. While this addresses the “low-hanging fruit” of the acid rain impact of the shipping industry, it unfortunately doesn’t address the carbon intensity.

So how big is Maersk’s bet on renewable methanol fueled ships? They are investing US$ 1.4 billion for eight vessels with a capacity of 16,000 containers each, or 3.1% of their total container capacity, to be delivered by 2024 by South Korea’s Hyundai Heavy Industries. They will cost 10-15% more than their bunker-fuel equivalents. However, their customers, including their large volume customers such as H&M, Unilever, Amazon, Disney, and Microsoft, will all benefit from the lower carbon intensity of their supply chains.

The elephant in the room, however, is how they will secure low-carbon or carbon-neutral methanol without involving the big global fossil-dependent methanol players. To achieve this, a subsidiary company of Danish renewable energy company European Energy, called REintegrate, is expected to deliver 10,000 Mt of carbon-neutral or ultra-low carbon e-methanol. It will be produced via a ‘power-to-liquids’ process that uses renewable electricity and water-electrolysis-derived green hydrogen and dual-use renewable carbon captured from bioenergy facilities burning biomass.

The shipping industry’s recognition of renewable methanol as a high-density and low-carbon alternative to other forms of energy such as batteries or other e-fuels: synthetic natural gas, direct hydrogen, or Fischer-Tropsch liquids speaks to the advantages and convenience of methanol as a marine fuel. These include being benign when exposed to sea water, biodegradability in the marine environment, and easy to store at ambient conditions. This small step for a distributed renewable methanol producer will embolden others to join the carbon dioxide utilization effort for years to come.