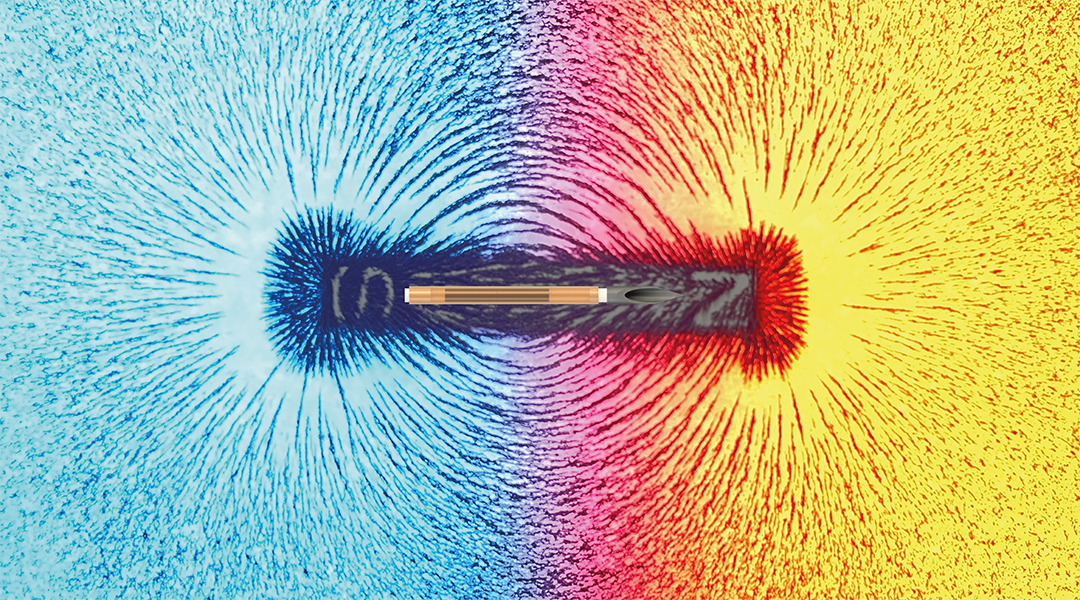 What at first appears to be telekinesis — a free-standing object with no tether suddenly moving — might be commonplace in operating rooms of the future, as researchers develop devices that respond to applied magnetic fields rather than the guidance of a human or robotic hand.

The field has come a long way in recent years, with experts both creating increasingly smaller tools and refining the application of magnetic fields to move those tools with the utmost control, promising safer, less invasive surgeries. But as devices get smaller, they become less responsive to the magnetic forces that animate them.

“The magnetic force limitation at miniature scales for untethered mobile robots has been a longstanding practical challenge in the magnetic robotics field for minimally invasive surgeries,” said Axel Krieger, assistant professor of mechanical engineering at Johns Hopkins Whiting School of Engineering. “So far, researchers have attempted and demonstrated various navigation and steering capabilities of magnetic robots. However, meeting the required forces for tissue penetration while having the miniature sizes at clinically relevant scales has been challenging problem.”

To overcome this challenge, Krieger’s research team has re-engineered fundamental components of a surgical needle, creating a device they call the “Magnetic Pulse Actuated Collisions for Tissue-penetrating Needle (MPACT-Needle)”. Their findings were recently published in the journal Advanced Intelligent Systems.

The device’s key element is an internal impact mechanism that allows small magnets inside to slide back and forth, making contact with a rigid plate. At the point of contact, the momentum of the sliding magnet is transferred into the needle tip, creating a strong momentary tapping force that propels it through soft tissue to perform a suture to close a wound or surgical incision. The intensity and the frequency of the tapping are controlled by the operator, allowing them to adapt to various conditions, such as tissue rigidity, during surgery.

In proof-of-concept experiments, Krieger’s team attached a thin suture thread to the back of the MPACT-Needle, controlling the device using a joystick, which initiates the impact mechanism. The researchers note that the MPACT-Needle can also be used for biopsies and delivering drugs directly to tumors.

The team is now focused on developing smarter motion-control algorithms with imaging modalities for safer and error-free clinical applications. In their paper, the team noted that these algorithms will help ensure precision control of the device, enhancing patient safety. Intraoperative medical imaging techniques, such as MRI, ultrasound, OCT, or X-Ray, would also be used to track the device when it is inside the body.

The researchers say that their approach is likely applicable to any magnetic agent requiring strong force exertion. Magneto-robotic engineers can now design safe and effective devices that incorporate this impact mechanism for various applications, such as accessing hard-to-reach tumors or for non-invasive diagnoses.

Lead author Onder Erin, a postdoctoral fellow in mechanical engineering at Johns Hopkins, foresees the force-application method developed by his team being adopted for use in other devices.

‘’The overarching goal of this technique is not only to yield stronger forces but also to help researchers to further miniaturize their magnetic agents with high force requirements. This force amplification could also lead to larger work spaces of magnetic systems to accommodate the sizes on the human scale. These advancements will bring magnetic robotics one step closer to clinical applications,” he said.

Breath-based biosensor monitors antibiotic concentrations in the body
Robots will save the world from asteroids. Eventually.
AI without computers
Artificial intelligence: Cool but scary?