Analyzing the impact of gas composition on the bactericidal efficiency, plasma parameters, and species formation in a cold atmospheric plasma jet in contact with water. 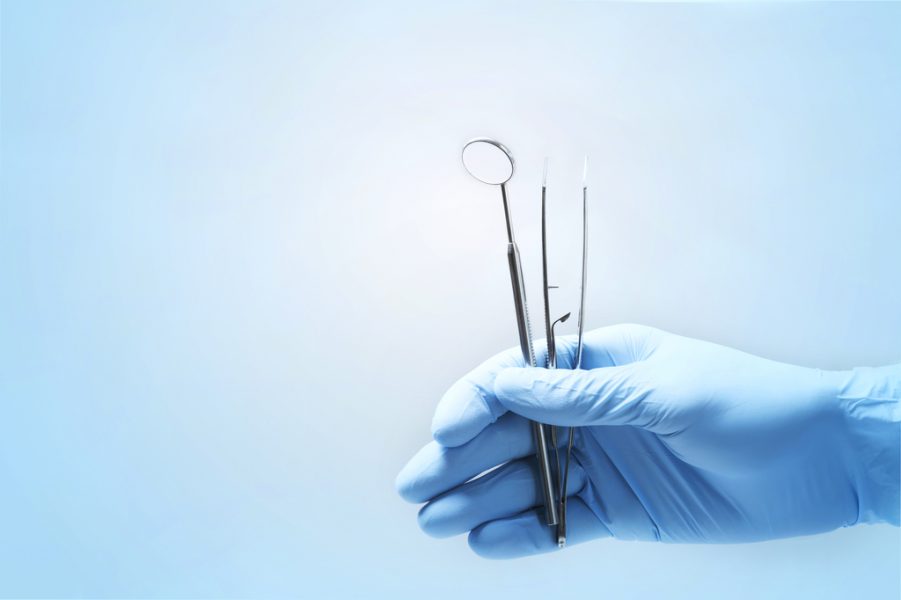 Dielectric barrier discharges (DBDs) and cold atmospheric plasma jets (CAPJs) have become a common source for cold atmospheric plasmas (CAPs) and are widely applied in science and technology. Among the most prominent, the emerging field of plasma medicine and sterilization has received a lot of attention in past decades. While the sterilizing effect of CAPs has been widely proven, the underlying processes are still not fully understood. 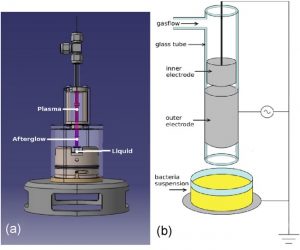 (a) Technical drawing of the APPJ device used for the presented experiment. (b) Schematic depicting the arrangement in the electrode area.

Plasma‐chemistry in the interfacial region to the liquid is strongly influenced by precursors for reactive species. Therefore, the composition of the driving gas plays a crucial role for the bactericidal efficiency of plasma devices. For biological applications, commonly air, argon, or helium, as well as mixtures of the latter, are chosen as feeding gas.

However, in order to find optimal operation conditions for medical plasma devices, knowledge of the influence of different gas mixtures on bactericidal properties, species formation, and plasma properties appears highly desirable. Such information requires a systematic variation of the gas composition within the typical parameter range for biomedical applications.

In addition to the general design of the device, the discharge type is strongly affected by the choice of driving gas.

In their latest study, researchers from the University Giessen in Germany present a CAPJ with air‐insulated afterglow and treatment region that is designed to treat bacteria in water. Due to the closed design, the impact of ambient air is excluded and the gas composition of the plasma jet can be controlled. By adding various small amounts of synthetic air to the feeding gas, the team could study the impact of the additional air‐chemistry.

They observed that bactericidal effects of atmospheric argon and helium plasmas in contact with water differ significantly depending on admixtures of air, indicating different underlying processes. Estimated bacteria reduction rates underline the sensitivity of the process to changes in gas composition. “The narrow range of air admixtures for which optimal inactivation could be achieved emphasizes the need for well defined gas mixtures in biomedical plasma applications” according to team member Julian Kaupe.