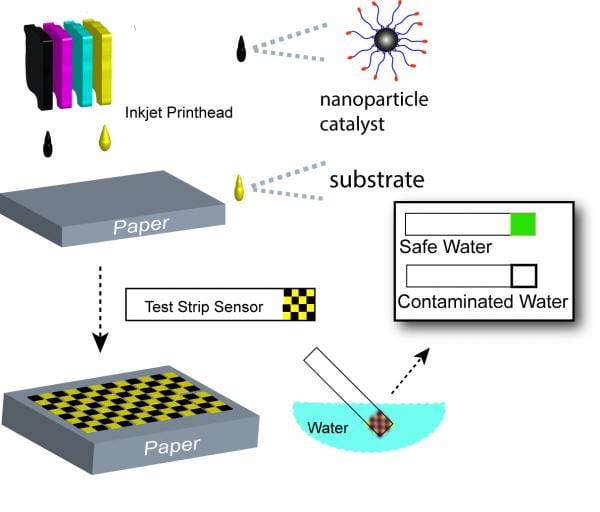 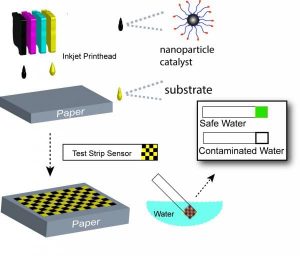 The American National Academy of Sciences has announced a three-year, $271,930 grant to chemist Vincent Rotello at the University of Massachusetts Amherst to develop, test and deploy new, sensitive, reliable and affordable inkjet-printed, nanoparticle-based test strips for detecting disease-causing bacteria in drinking water, with researchers at the Lahore University of Management Sciences (LUMS), Pakistan.

Rotello, with nanoparticle researcher Irshad Hussain and molecular biologist Sohail Qureshi of the LUMS School of Science & Engineering, will address drinking water safety in Lahore, the largest city in the nation’s Punjab region, where it is estimated that more than 60 percent of water sources in the city are contaminated with disease-causing bacteria and rates even higher in rural areas. Hussain’s group will receive separate and additional funding from the Higher Education Commission of Pakistan.

Set to start on July 15, the UMass Amherst project was one of only 10 chosen from among 268 nationwide, with NAS managers noting it “was among the strongest in the excellent group of proposals we received.”

Rotello says, “This is a very nice mix of research and practical outreach in the real world with a goal to improving world health. We hope to produce a test strip that can be made on a small, local scale and also in a large-scale manufacturing setting.” The World Health Organization estimates that 1.2 billion people worldwide are without access to safe drinking water, resulting in over 300 million illnesses and the death of an estimated 2 million children per year.

Up to now, tests for detecting pathogenic bacteria in water have required expensive equipment and the assays are not sensitive enough to assure drinking water safety. A test strip that would change color in the presence of pathogenic bacteria could give a quick answer, but until now no one had developed a reliably sensitive test.

Experts in manipulating nanoparticles for biosensing, Rotello and colleagues had already developed a bacterial sensor based on enzymes tethered to gold nanoparticles that remain electrostatically linked in the absence of bacteria but release when it is present, turning the water or solution red. Though this process is very sensitive, allowing detection of as few as 100 bacteria per milliliter, the chemist notes, the enzymes were not stable at temperatures found in field use.

For their new, lower-cost and more robust (less temperature-sensitive) version, they propose to use other nanoparticles that would be printed using inexpensive (less than $100) inkjet machines onto test strips using a process able to isolate catalysts. Optimized through particle coating design, these could monitor bacteria in water and give a visual signal to the user that bacteria were detected.

Inkjet printers are excellent tools for creating test strips, Rotello points out, because they are low cost and offer the ability to pattern materials in channels at the micron scale. “We will print some elements in one channel and some in another. As a result, these strips will be stable until they’re dipped in water, at which point reaction is initiated and readout is possible.”

Another channel will be used to minimize pH and ionic perturbations, leaving additional channels available for future modifications. Some issues of stability and component cost remain to be addressed, he adds.

This technology will be shared with Hussain and colleagues by international graduate student exchange. Meanwhile, Rotello and colleagues plan to work out how to scale test-strip manufacture up from the smaller-scale inkjet technology to larger-scale, roll-to-roll nanomanufacturing available at UMass Amherst, one of very few centers in the United States that currently offer such technology.

Rotello says, “Inkjet printing provides a strategy to rapidly develop processes that can readily be translated to roll-to-roll manufacturing. Given the two-way nature of this collaboration, any new intellectual property that comes from this work will be shared equally between LUMS and University of Massachusetts, allowing both institutions to reap the rewards of their respective efforts.”

Both the Massachusetts and Lahore groups will collaborate on validating the test strips in real world conditions with water samples from the Lahore area. Results from these studies will be used to optimize strip performance and determine their shelf life and stability.