Researchers from KIT (Germany) present for the first time the preparation of polymeric boronic acid-functionalized microspheres. 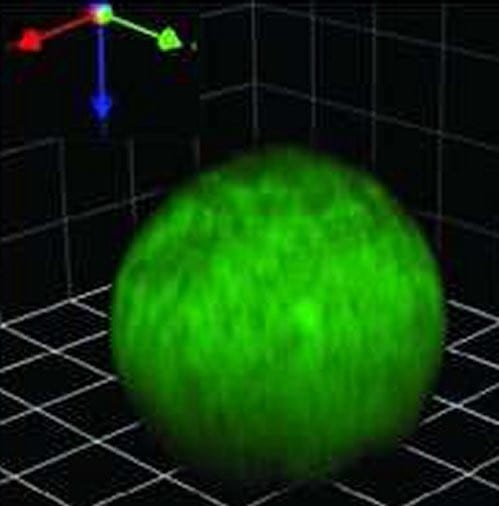 Microspheres are versatile materials for a wide range of applications including chromatographic column materials and diagnostic kit applications.

While microspheres have been prepared with a range of surface expressed functional groups, the team of Barner-Kowollik (Karlsruhe Institute of Technology, Germany) – in collaboration with PSS (Mainz, Germany) – now report for the first time the synthesis of boronic acid modified spheres. These boronic acid functional spheres are obtained via mild epoxide ring opening based on porous cross-linked polymeric microspheres. Additionally, a novel glucose fluorescent molecule is employed to visualize the spatial distribution of the microsphere functionalization due to the boronic acid/diol conjugation.

The presented synthetic strategy opens the door for advanced boronic acid materials development. For example, the current material may be explored as chromatographic material for high performance polysaccharide liquid chromatography separation. In addition, the general synthetic methodology may be applied for the ready introduction of alternative functional groups onto the surface of microspheres via a simple one-step synthetic process.