Ford uses foam and plastic made from CO2 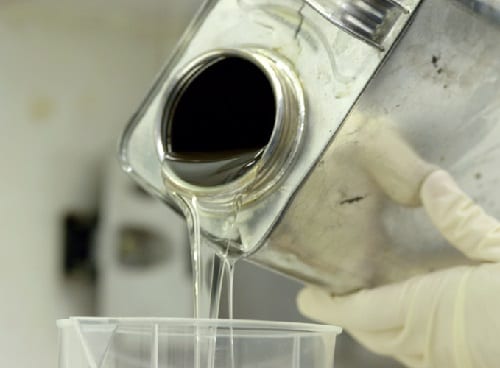 Ford Motor Company is the first automaker to formulate and test new foam and plastic components using CO2 as feedstock. Researchers expect to see the new biomaterials in Ford production vehicles within 5 years. 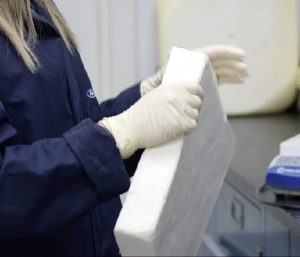 Formulated with up to 50 % CO2-based polyols, the foam is showing promise as it meets rigorous automotive test standards. It could be employed in seating and underhood applications, potentially reducing petroleum use by more than 600 million pounds annually. CO2-derived foam will further reduce the use of fossil fuels in Ford vehicles and increase the presence of sustainable foam in the automaker’s global lineup.

“Ford is working aggressively to lower its environmental impact by reducing its use of petroleum-based plastic and foam,” said Debbie Mielewski, Ford senior technical leader of sustainability. “This technology is exciting because it is contributing to solving a seemingly insurmountable problem – climate change. We are thrilled to be leading the charge toward reducing carbon emissions and the effects of climate change.”

Carbon emissions and climate change are of growing concern to world leaders as a staggering 2.4 million pounds of CO2 are released into the atmosphere globally per second. Plastic manufacturing accounts for nearly 4 % of the world’s oil use, according to British Plastic Federation. Ford researchers are hopeful the company’s early steps to use captured carbon in innovative ways will help achieve the long-term goals to reduce global warming recently set in the UN Paris Agreement.

The automaker began working with several companies, suppliers and universities in 2013 to find applications for captured CO2. Among them is Novomer – a New York-based company that utilizes CO2 captured from manufacturing plants to produce innovative materials. Through a system of conversions, Novomer produces a polymer than can be formulated into a variety of materials including foam and plastic that are easily recyclable.