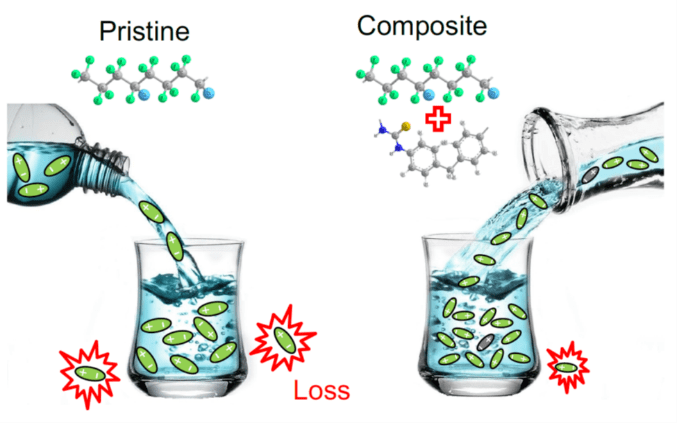 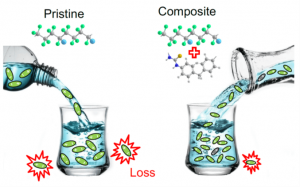 Capacitors with better performance and improved properties are highly desirable for the development of the next generation of flexible miniaturized personal electronics and pulsed power systems. However, the rapid progress in this field is impeded by limited compatibility of existing materials and preferred processing methods. In a recent paper published in the Journal of Polymer Science: Polymer Physics, Qun-Dong Shen and his colleagues report a promising solution to this problem by blending a small amount of aromatic polythiourea (PTU) into poly(vinylidene fluoride-chlorotrifluoroethylene) P(VDF-CTFE) to boost the reserve capacity and processability of the composite material.

Urea-based linear aromatic dielectric polymers are amorphous polymers with large dipole moments. These polymers have a very high charge–discharge efficiency or low energy loss. Unfortunately, these dielectric polymers are barely soluble in common polar solvents and they are brittle. In addition, they are incompatible with the widely employed thin-film processing techniques, including solution-casting, hot-pressing, and biaxial orientation.

VDF-based copolymers with chlorotrifluoroethylene (CTFE) and hexafluoro-propylene (HFP) have high dielectric constants and large energy densities at high electric field. However, a strong dipole interaction in VDF-based polymers leads to notable polarization hysteresis. As a consequence, the charge–discharge efficiency is low while dielectric loss is large. In order to increase the energy density and the charge–discharge efficiency of the dielectric polymers, inorganic materials are embedded into the polymer matrix, including nanoparticles, ultra-thin nanosheets, and nanofibers.

Dr. Shen and co-authors added a small amount of aromatic PTU into the P(VDF-CTFE) matrix. The aromatic urea-based polymer effectively prevents the early polarization saturation at a field lower than the breakdown field. Meanwhile, PTU brings structural defects into the P(VDF-CTFE) crystals, and reduces composite crystallinity. This research reveals that nonpolar phases, including amorphous regions and paraelectric crystals, play an important role in the energy storage and release behavior of PVDF and its copolymers.