Researchers develop microrobots that can sense their external environments and adapt their motion, similar to living organisms. 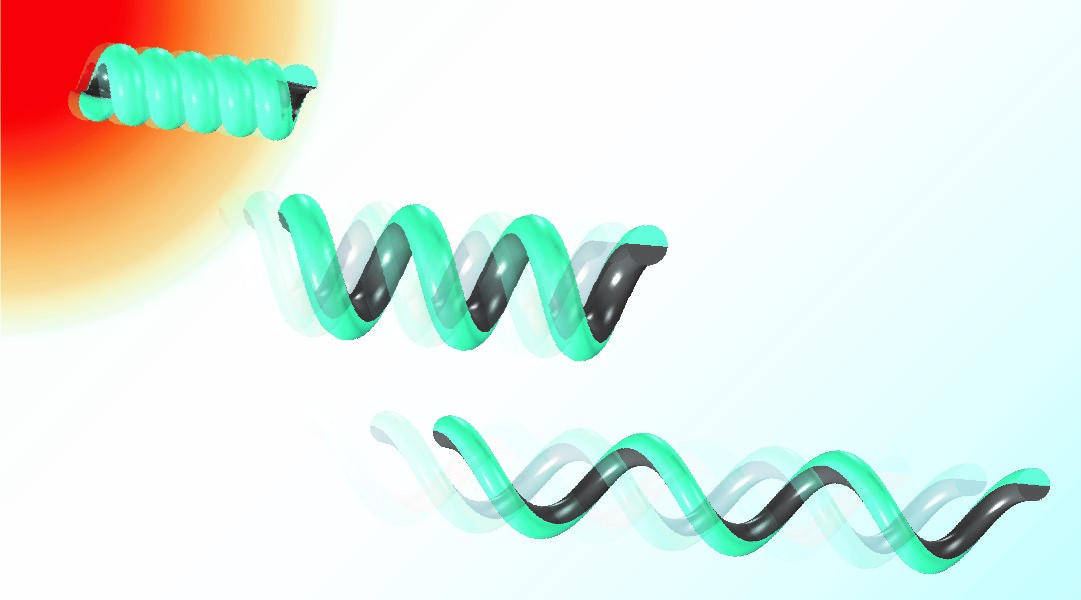 Researchers at Keio University have achieved the fabrication of microrobots that can sense their external environments and adapt their motion, similar to living organisms. This advancement in autonomous soft microrobots, recently reported in Advanced Intelligent Systems, has resulted in robots that can simultaneously sense external temperature and deform their spiral-shaped body in order to change propulsion velocity. The proposed microrobots could make significant contributions to the development of autonomous systems that mimic living organisms, and will serve as a basis for the design of more efficient microrobots.

Microrobots are expected to play significant, beneficial roles in various fields such as medicine, with applications in the internal treatment, sensing of chemicals with adverse effects, and target drug delivery. Recently, research in the field of microrobots has been actively conducted to mimic the varied functions of living organisms such as the flagella of some microorganisms, which can change their morphology to control their swimming motility.

Flagella are spiral, hair-like organelle whose main function is to generate a propulsive force necessary for swimming. The morphological change of the flagella achieves a robust and adaptive ability to detect and move toward nutrition. In previous studies, numerous fabrication methods of artificial flagellum have been developed which generate propulsion through complicated external equipment. However, the swimming direction and velocity are controlled only by external systems, such as magnetic fields, because the spiral body is static and not able to deform.

Theoretically, speed change can be controlled by adjusting the patterning of the stimulus-responsive gel, as well as the geometry of the spiral body. Changing these features enabled the design of swimming robot that could either “stop” or “run away” from external stimuli. Propulsion changes were also explored by modifying and deforming the geometry of the bi-layered spiral-shaped microrobots in response to different temperatures. These results indicate that the propulsion velocity of spiral-shaped microrobots can be autonomously controlled by changing the geometry of the spiral swimmer when it comes in contact with the appropriate stimuli.

In terms of application, these bi-layered spiral swimmers could be used to encapsulate various functional materials, including other stimuli-responsive hydrogels to make swimming robots that are sensitive to pH, light, and chemicals, thereby expanding the toolbox of swimmers for various needs.

For example, a system in which a swimming robot stops and releases a drug when it detects a specific chemical substance would change the way in which we think about drug delivery. Moreover, complex patterning of stimuli-responsive hydrogel could also contribute to realizing other types of motion, such as changing the swimming direction by controlled bending of the spiral body.

These soft, spiral-shaped microrobots will hopefully open new avenues for various microscale biochemical applications such as autonomous soft-robots and soft micro-probes for the intricate biological environment.

We are excited to see where this technology will lead us.

A robot in chameleon skin uses nature’s active camouflage
Self-folding paper structures, right out of the printer
The Hearty, Hearty Caterpillar
Are AI models explainable in a way that humans can understand them?