Scientists have observed a peculiar object emitting radio waves once every 20 minutes, and it may be a new kind of neutron star. 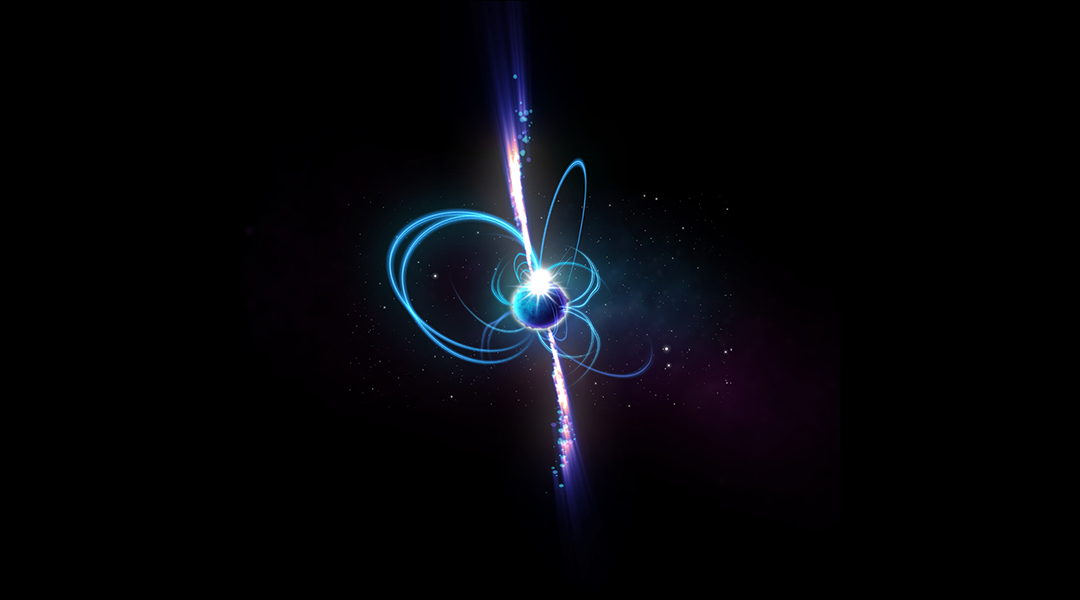 4000 light years away from Earth lies a lighthouse located in a faraway galaxy.

Scientists at the International Center for Radio Astronomy Research (known as ICRAR) in Perth, Western Australia have located an object emitting massive bursts of energy once every 20 minutes. These bursts are so massive that whatever this object is, it is one of the brightest sources of radio waves astronomers have ever detected.

The most mysterious part of this whole discovery is that the research team haven’t confirmed what the object really is.

What could it be?

The object was located by Curtin University student Tyrone O’Doherty with the Murchison Widefield Array Telescope. O’Doherty, now a Ph.D. student at Curtin, notes that the telescope’s large field of view and hypersensitivity helped him catch the object’s blinking.

Objects emitting radiation at a consistent rate are common in astronomy. Transients, as they are known, can be broken down further into slow transients and fast transients.

Slow transients are bodies like supernovae, that slowly emit radiation over the course of a few days before disappearing over a few months. Fast transients tend to “blink”, emitting radiation over a short period of time in a reliable frequency, like a neutron star.

“[This object is] a type of slowly spinning neutron star that has been predicted to exist theoretically,” said Natasha Hurley-Walker, an astrophysicist at Curtin University and the head of the team that discovered the anomaly.

Neutron stars can be thought of as the corpses of stars, and are some of the smallest and densest stellar objects in our universe, second only to black holes. When a supergiant star — one that is 8 to 25 times the size of our Sun — runs out of fuel, it collapses, crushing its own core. The star then rapidly implodes, producing an outward shockwave called a supernova.

At the same time, the collapsing neutron star begins to violently spin, emitting a beam of radio waves from its poles. These beams appear to us on Earth as consistent flashes of energy detected on our telescopes as the star spins at a consistent speed.

Since neutron stars are classified as fast transients, these flashes of energy should occur rather quickly, within seconds or even minutes of each other. In the case of O’Doherty’s findings, these flashes occur once every 20 minutes, which is incongruent with our current understanding of neutron stars.

A new kind of neutron star

Hurley-Walker thinks that this new kind of star might be an ultra-long period magnetar — an incredibly young neutron star that has just begun spinning and hasn’t yet gotten up to speed.

While this may seem like the perfect explanation for O’Doherty’s findings, the rate at which the star is emitting radio waves and the amount of energy being emitted have left the researchers behind this discovery scratching their heads. “Somehow it’s converting magnetic energy to radio waves much more effectively than anything we’ve seen before,” Hurley-Walker explained.

The astronomers have determined that the object in question is smaller than our Sun but incredibly bright. Further, it is emitting highly polarized radio waves, which is evidence that it possesses an incredibly strong magnetic field. These data are incredibly exciting, as ultra-long period magnetar’s have never been observed in the universe.

The research team at ICRAR is currently monitoring the anomaly to continue studying the frequency of its emissions.

Quotes adapted from a press release by the American Association for the Advancement of Science.

One small grain of moon dust, one giant leap for lunar studies
A quark star may have just been discovered
Early Mars was covered in ice sheets, not flowing rivers
Footprints of phase transitions in the early universe