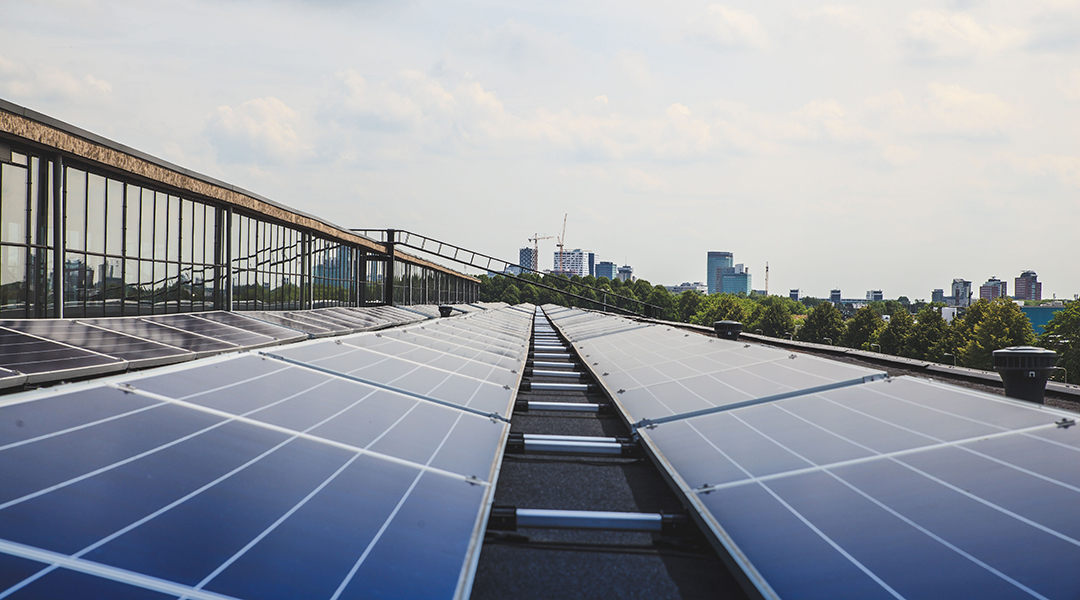 The transition from fossil fuels to renewable energy is an important step towards mitigating the worst of the climate crisis, and one of the most promising sources of renewable energy comes from our Sun, whose light can be transformed to electricity using solar cells.

A crucial component of these devices are special films of perovskite — a compound consisting of a combination of organic and inorganic substances whose molecules are arranged in a particular pattern or crystal lattice. An important stage in their manufacturing is thermal annealing, during which various defects may appear on the films, reducing their quality.

In a recent study published in Advanced Functional Materials, a team of researchers from China addressed this issue by developing a new technology for the production of perovskite films that uses effects similar to those of facial masks, which promote the absorption of skincare products into the skin.

The technology the scientists proposed made it possible to produce high-quality films with a smooth surface and a high efficiency of converting solar energy into electrical power.

“Our technique of facial mask incubation has been found to be effective in two different perovskite systems, reaching efficiencies of 21.4% and 20.2%, respectively,” explained Mingguang Li, professor at Nanjing University of Posts and Telecommunications and one of the lead authors of the study. “These numbers achieved with the new technique are impressive compared to competitors. And, by further optimizing this technique, we expect a further efficiency promotion at least 30% in the next two to three years.”

These important results have been achieved by modifying the traditional method of thermal annealing. During this process, the researchers placed the perovskite precursor films with their faces toward the specially designed “facial mask” membranes made of polydimethylsiloxane (PDMS) and certain organic agents.

This created a favorable environment for incubating high-quality films, producing a surface with a much lower density of voids and pinholes. As a result, the films obtained not only very high efficiency, but also excellent humidity and thermal stabilities.

Increasing the efficiency and reliability of solar cells can greatly improve the sustainability of their manufacturing. This is very important because currently this process is far from being environmentally friendly.

“The unsustainable production technology for solar cells generally stems from the difficulties in controlling perovskite quality, especially at high temperature aging stage,” said Runfeng Chen, another lead author of the study. “With our technique, it is much easier to realize high-quality perovskite films with good reproductivity, thereby reducing the unsustainability of perovskite film production technology for stable output power of solar cells.”

Another obstacle to the sustainable energy transition that new technology can help overcome is the high cost of solar cells. Due to this cost, it is often not economically feasible to replace fossil energy sources with solar energy in many regions of the planet, which makes the commercialization of this energy source difficult.

“The transition from fossils to solar is not economically viable now, since the low product yield drives up the final price of solar cells,” Li said. “Our facial mask incubation technique can provide a relatively stable environment for perovskite formation and guarantees a good yield rate in the production of solar cells.

“Meanwhile, the designed facial mask for perovskite can be facilely removed and reused many times,” he continued. “Thereby, the extra charges by the additional technological process can be ignored. We believe this new technique can provide a valid and promising route towards making solar energy cheaper.”

Despite these outstanding results, the team believes that their technology may be improved further to make solar cells even more reliable, cheaper, and efficient.

“As we known consumers have a wider choice with a great variety of facial masks to […] treat wrinkles, redness, acne, inflammation, and many others,” said Chen. “Similarly, our facial mask incubation technique for perovskite films should be also optimized for the versatility, facility, availability, and sustainability to treat various perovskites effectively in low cost.

“We anticipate that this technique would be an economical and efficient solution to the fabrication of commercial perovskite-based solar cells in the near future,” he concluded.