Polymeric Photoacids allow the localized production of protons while the polymerization is straight forward and avoids the use of protecting groups and extra steps in the synthesis. 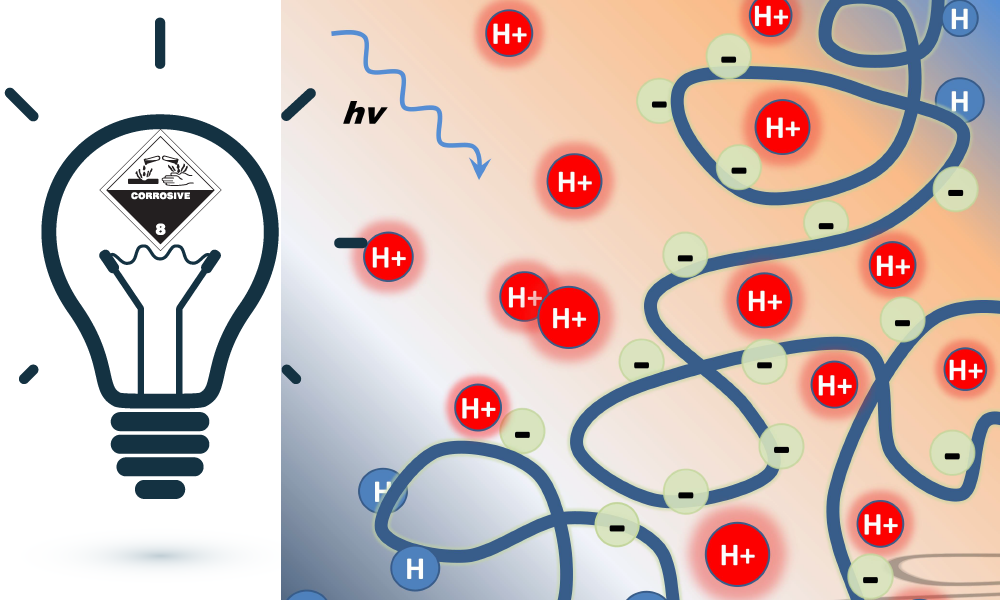 Photoacids are usually small molecules that, upon excitation by light become much more acidic. The merocyanine photoacid has become a facile tool for the photocontrol of various systems due to its capability of reversibly producing a large proton concentration using visible light. 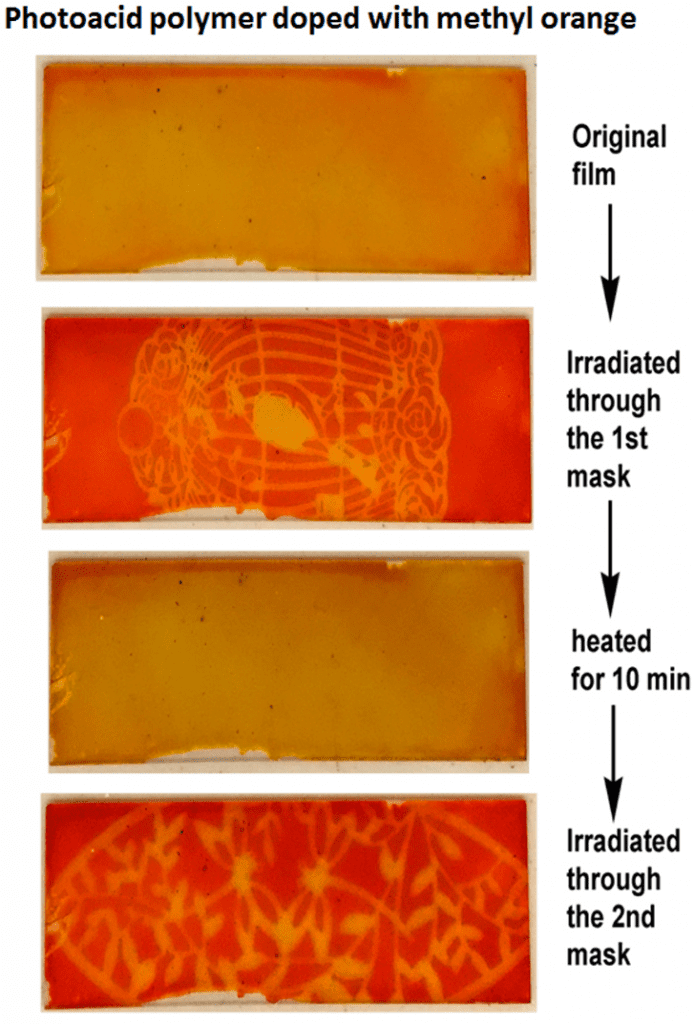 Applications of merocyanine photoacids in energy conversion, sensors, polymerizations, patterning, nanomaterials, molecular machines, photochromic materials, and biomedical areas have been reported. While molecular photoacids were used in almost all previous works, covalently linking the photoacids to polymers improves their compatibility with different media, avoids leakage problems, and most importantly allows a localized proton concentration to be produced. However, the phenolic and indolinium moieties of the photoacids make them difficult to be polymerized with common polymerization methods.

In their research published in Macromolecular Rapid Communications, Prof. Liao and co-workers synthesized a merocyanine photoacid linked with acrylamide which was converted to a spiropyran in situ, allowing the radical polymerization of the photoacids to proceed successfully. The reversible transformation between the merocyanine and the spiropyran was achieved simply by addition of base and acid. This self-protecting method avoids the use of protecting groups and extra steps in the synthesis.

The group showed that a polymer grafted with many photoacids can generate a localized proton concentration that is much higher than the average proton concentration of the overall system. By forming a film of the polymer and a pH indicator they were able to visualize the local pH change after irradiation through a mask. The high local concentration of protons could be utilized for catalysis and biomedical applications, which often respond strongly to pH stimuli.