The once pristine Arctic Ocean has turned into a pool of plastic debris. 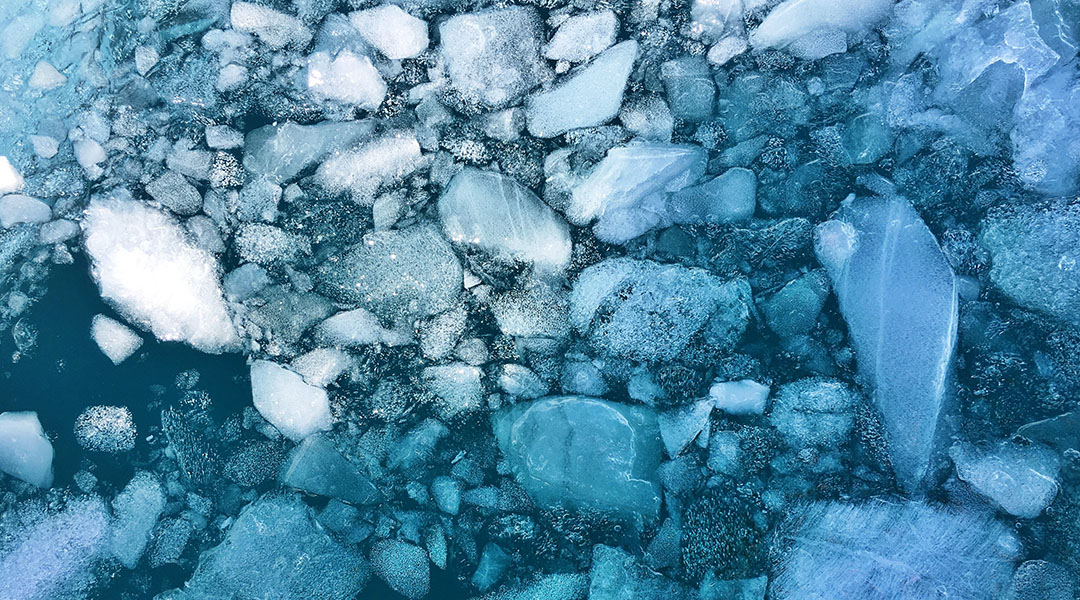 Plastics—a wonder material that revolutionized the last century. From carrying bags and water bottles to advanced electronics and prostheses, plastics are everywhere in today’s modern world. But do we really want plastics to be “everywhere”? In the food we eat and the air we breathe? The reality is worrisome, as studies show that the average person ingests and inhales at least 74,000 plastic particles in a year.

The 2010s have been a decade of alarming discoveries on the extent of plastic pollution we are exposed to. Littered plastics and debris posing threats to marine life has been a known environmental concern for decades now, but little did we know of how widespread and severe plastic pollution really is until microplastics were discovered.

Microplastics are tiny bits of plastics typically less than 5 mm in diameter that are mainly formed by gradual fragmentation of bigger plastic debris. While the term was introduced in published literature in a 2004 article on marine plastic pollution, the risks of tiny plastic fragments being ingested by birds and plankton were reported as early as the 1960s to ‘70s. For years, microplastics have been thought of as a pollutant found only in lakes and oceans. However, it caught everyone’s attention only recently when plastic bits snowed from the sky in the Arctic.

Evidence of microplastics in the Arctic Sea ice was first published in a 2014 article in Earth’s Future.

Being one of the least inhabited and most pristine regions on earth, one would expect the Arctic to be free of any form of manmade pollution. However, an experiment on Arctic ice originally meant to count diatoms (a type of microalgae) showed that it is far from pristine. In an ice specimen that was expected to contain only sand and microalgae, scientists found surprising amounts of brightly colored particles that turned out to be microplastics.

The study made it apparent that the Arctic could be home to trillions of plastic particles.  However, the source of the particles and the means by which they reach the Arctic were still unclear.

Based on a seven-month circumpolar expedition by the research vessel “Tara,” another study was published in 2017. It showed that the plastic waste generated along the coasts of USA, the UK, and northern Europe could drift all the way to the Arctic—to the Greenland and Barents seas that act like “dead-ends” to the floating debris. Ocean currents are said to operate like a conveyer belt that picks the plastic waste from the Atlantic and dumps it into the pristine waters of the Arctic. The fact that these microplastics are a product of years or even decades of degradation and breakdown of larger plastic wastes is daunting because it means that more microplastics are on their way.

A very recent development to this issue occurred in August 2019, when scientists found that another major means by which microplastics are transported could be through the air we breathe. It became evident that plastic particles also rain down from the sky in the Arctic when they tested the surface snow scooped from Svalbard islands. The snow was found to contain more than 10,000 microplastic particles per liter. Snow samples from Germany and Switzerland had a much higher concentration of microplastics. Similar accounts of microplastics falling from the sky have been recorded in different parts of the globe, even in some supposedly pristine environments like the Pyrenees mountains between France and Spain, and the Rockies in North America.

The atmospheric contamination and the possibility of microplastics transported by winds across the globe are emerging as a serious concern. For years, plastic pollution has been thought of as a threat to marine life, but we have just started to feel the pinch ourselves, as microplastics have already permeated the human food chain. With 8 million tons of plastic waste dumped into oceans every year, there is a high possibility that we are heading towards a big plastic problem; it’s fearsome particularly because we don’t know much about what the tons of microplastics it will generate could do to our environment and in turn to human health.

Microplastics are now everywhere on the planet—from the deepest point of the Mariana Trench to the peaks of the Alps and ice floes of the Arctic. To have once-pristine zones change so much in such short spans in the planet’s history is no doubt a warning call to act and atone.