Energy generated in the blink of an eye

A tiny battery built into smart contact lenses produces its own power through eye blinking, relying on tears and oxygen to power its cells. 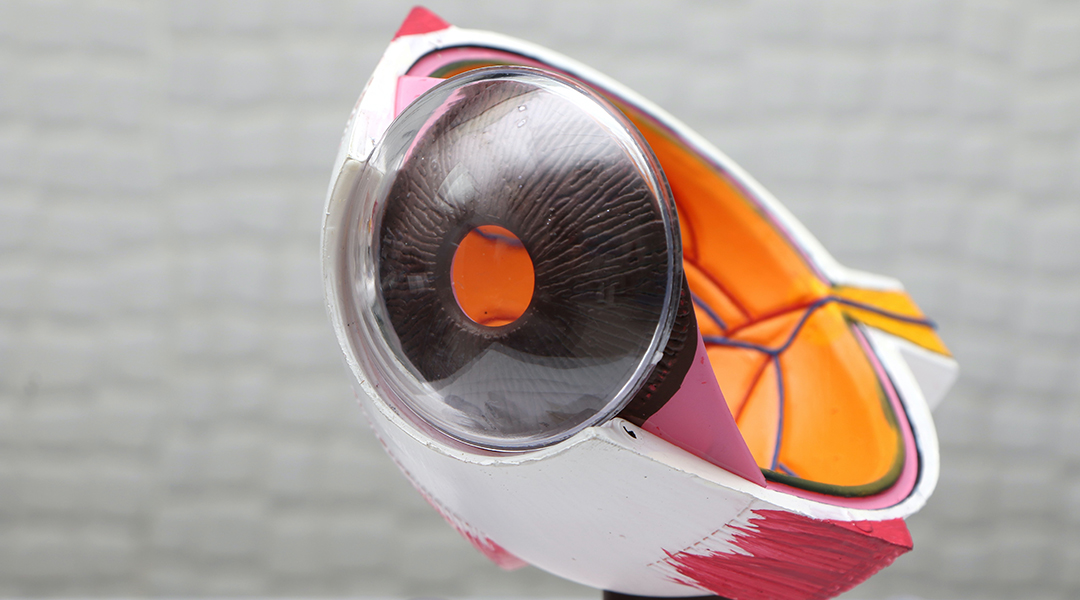 The world is being transformed through the use of smart technologies. Smart TVs, cell phones, and robots are already being integrated into everyday life, but an increase in smart medical wearables is also revolutionizing the medical field.

Although helpful for tracking or treating diseases, smart medical wearables are currently limited by available power sources, and so far, efficient and practical solutions have not been created. Plugging wearable devices into the wall is unrealistic, and short battery life or needing to carry along a power source is equally as limiting. “There is a pressing need for new, thin, and efficient battery technologies for medical wearables,” said Carlos Mastrangelo, professor at the Department of Electrical and Computer Engineering at the University of Utah, USA.

In particular, smart contact lenses are being developed as an essential part of health care to correct vision, deliver drugs, detect glucose levels in diabetic people, or monitor brain activity in patients with neurological diseases. Moreover, the increasing development of virtual reality and the internet of things (IoT) has extended the application of smart contact lenses to entertainment.

But these all face the same obstacle: The need for an independent, wireless source of energy.

Some examples of wireless power sources have been developed to use with smart contact lenses but they still encounter drawbacks. For example, the transfer of energy through wireless technology requires an integrated receiving antenna that cannot be farther than ten centimeters from the source of power, which normally requires an additional device, like goggles or a headband.

Moreover, micro photovoltaic batteries built with solar cells have been successfully integrated into smart contact lenses in the past, but their power production is limited indoors or on cloudy days. Rechargeable lithium-based batteries are also a solution, but they are biohazardous, requiring high safety standards.

“The development of bio-compatible and environmentally-independent energy generation is of paramount importance to pave the way for practical realization of smart adaptive contact lenses,” said Mastrangelo.

Mastrangelo and his team decided to create a tiny battery to integrate into smart contact lenses with the capacity to provide sufficient energy without the need for recharging or dependence on external power sources.

In a recent study published in the journal Advanced Materials Technologies, he and his team created their battery to produce its own power through eye blinking, relying on the electrolytes in tears and oxygen in the air to function. When integrated into the smart contact lens, the battery generates power to run the lens’s electronic components every time the eyelid opens and closes.

“We successfully demonstrated electrical power generation using natural eye blinking motion driven metal-air batteries,” said Mastrangelo. “To our knowledge, this is the first time that eye-blinking has been utilized for energy generation.”

The battery in the current publication has the peculiarity of using electrolytes in the tears to work, and its chemical reaction involves oxygen in the air. Thus, its supplies are limitless.

“Like all electrochemical batteries, our battery is composed of two electrodes (an anode and a cathode) and an electrolytic solution,” said Erfan Pourshaban, research assistant at the Department of Electrical and Computer Engineering at the University of Utah, USA, and first author of the study. “The electrochemical reactions between the eye tear liquid and the metallic electrodes [which also depends on oxygen in the air] generate electrical energy.”

When mounted onto a contact lens, the battery turns on and off with the eye’s blinking movement, which happens when the eyelid brings tear liquid from the anode to the cathode, allowing the generation of an electrical current. When the eye is open, the battery is “off” because the cathode is not in contact with the tear liquid, and the circuit is open.

This battery has a small size that would allow its use in smart contact lenses, which electronic components need power to run. For this use, the energy generated by this battery needs to be saved and stored for possible use only when needed. The authors tested connecting it to a capacitor that allowed the energy storage, proving that the battery could be useful for smart contact lenses use.

The team mounted their battery onto a commercial contact lens and tested it on an eye replica. They observed with the average blinking frequency of an adult — 12 times in a minute — the battery was able to effectively generate the power needed for a smart contact lens. The authors said this amount of energy is equivalent to turning on certain LED lights or microcontrollers.

“Although the battery keeps generating electricity during natural eye blinking, this energy is dissipated if not used or stored properly,” said Pourshaban. “We have to store the generated electricity in a storage unit to use it whenever needed for the operation of the smart contact lens.”

To test this, the team connected their battery to an external capacitor — an element formed by two parallel sheets of metal that serves as an electrical reservoir. They built a mechanic device that simulates blinking movement, bringing tear liquid within contact of the battery’s electrodes as would happen in a real eye. These fake blinks were found to generate power, which the team demonstrated was properly saved in the capacitor.

But when will this blink-powered battery become part of wearable technologies? The team says they will aim to extend the battery lifetime, which presently lasts about a month, and will be improving the battery replacement mechanism so lens users can do it themselves.

“The next step is integrating the power scavenging microsystem [battery and capacitor] with the other smart contact’s components [that correct vision] and starting the human trial after getting the approval of the FDA [the USA Food and Drug Administration agency],” said Pourshaban. “The reported results are auspicious to introduce a new era in electronic devices.”