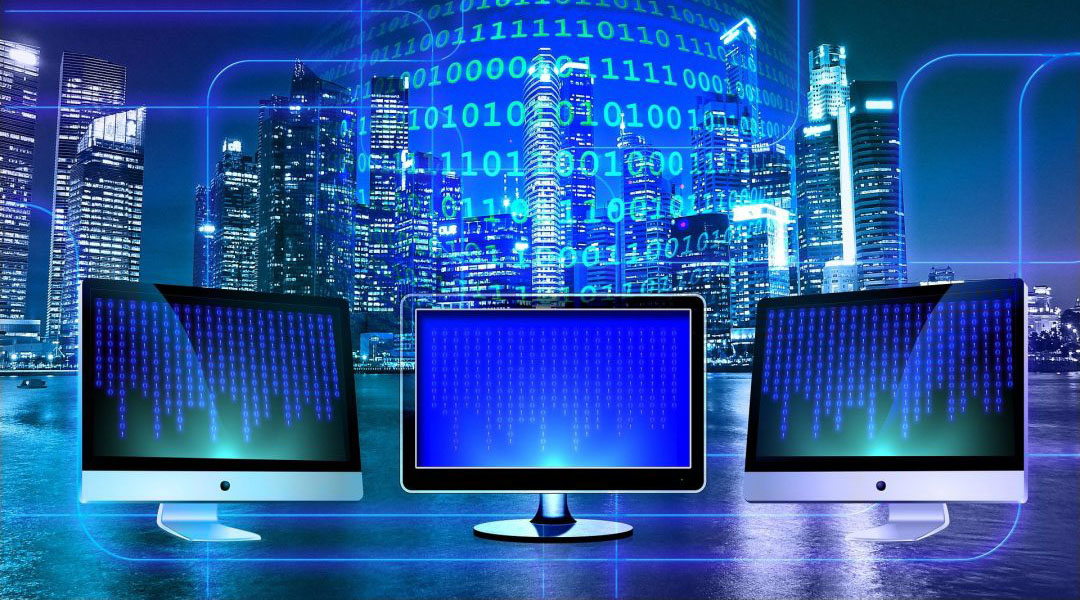 Powering the world’s computers requires an astonishing amount of energy; information and communication technologies account for around 7% of the world’s energy consumption, and the demand is only expected to increase into the next decade.

One reason that current complementary metal-oxide semiconductor (CMOS) computer technology is so power hungry is that it requires a constant supply of energy to operate; as soon as power is lost, a computer “forgets” what it was doing and will have to start over again once the power is restored.

A solution to this would be to make logic gates, the fundamental building blocks of a computer, from materials that show non-volatile properties—i.e., those that allow information to be retained without using any energy at all.

In a recent article in Advanced Functional Materials, a team of scientists has demonstrated the feasibility of one such technology. Their work shows how swirling nanoscale “tornados” of magnetism, known as vortex domain walls, can be flowed through complex networks of nanowires composed of nickel and iron in a manner that reproduces the behavior of common logic gates.

In addition to being a novel way of creating non-volatile logic, the approach shows advantages over previous attempts to create logic devices from magnetic nanowire networks. Specifically, in the approach proposed, sets of data injected simultaneously could move through the device in a synchronized fashion, something that wouldn’t be true for previously proposed devices.

The authors believe that the next steps in developing this technology will be to demonstrate robust methods of reading data from, and writing data to, the devices, as well as developing new magnetic materials that will allow the logic gates to operate consistently and without errors.

Kindly provided by the authors of the study and edited by Jessica D’Lima.