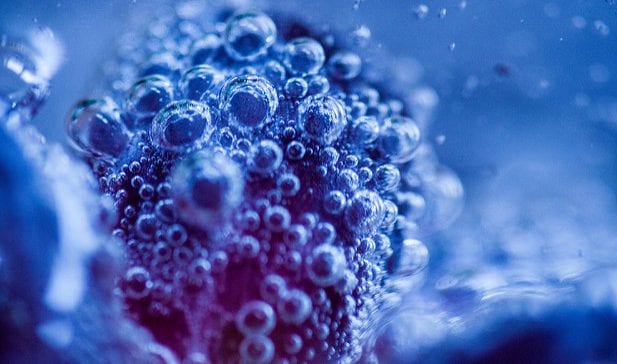 The push toward truly clean and sustainable energy generation has led to a focus on new materials for electrocatalysis, particularly with regard to water splitting. This can be ‘boiled down’ to two very important reactions: the hydrogen evolution reaction (HER) and the oxygen evolution reaction (OER). Of the two, the kinetics of the OER have acquired the epithet ‘sluggish’, and the overpotential required just to achieve a measurable reaction is high.

To be worth running on a larger scale, we have to find a way to significantly increase the efficiency of the OER.

The traditional way to do this is with a catalyst and, under the required operating conditions of the OER, metal oxides are favoured. The metals used in the current benchmark catalysts, RuO2 and IrO2, are costly and of low natural abundance. 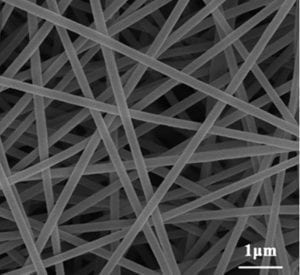 So what options does the research world have to offer?

Some recent work from a US–Chinese–Korean collaboration has led to a series of electrospun perovskite fibres, one of which, La0.6Sr0.4Co0.6Fe0.4O3–δ, requires a lower potential for the OER than both commercially available perovskite fibres and RuO2. A polyvinylpyrrolidone/polyacrylonitrile combination was used to obtain uniform fibre structures with a specific surface area of 24.2 m2/g, compared to the benchmark’s hard-to-beat 151 m2/g, relevant because a higher surface area means more accessible reaction sites per amount of material used, which affects its total cost; however, the perovskite fibre structures were demonstrated to be completely stable for at least three hours, by which time the benchmark catalyst was already heavily degraded. 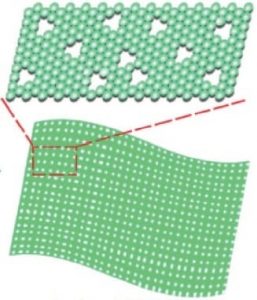 Punching holes in Ni(OH)2 nanosheets can improve their catalysis properties.

You might not imagine that deliberately generating defects in a material could be good for it, but when researchers from the USA and China took a known nickel catalyst material and asked how it could be improved, their DFT calculations indicated that punching holes in Ni(OH)2 nanosheets could increase the adsorption of OH and O species to the catalyst surface and aid ion transport. Their strategy was to insert and then later etch out foreign atoms from the Ni(OH)2 structure, leading to a greater stability and preservation of desirable material properties than has been possible with previous defect-inducing strategies. 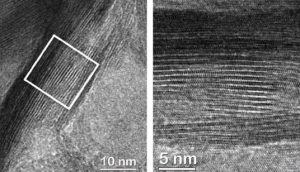 A different collaboration from Germany, the USA and Spain looked into non-precious-metal catalyst options and selected a series of nickel boride nanosheets with nickel-boride/nickel oxyhydroxide core/shell nanoparticles, with surface areas measuring just over 120 m2/g for a couple of their samples. This catalyst held its own against the two benchmark materials, with one sample displaying a comparable Tafel slope and requiring the same potential to provide 10 mA/cm2 as both benchmark species. These researchers also investigated the transient states of the material during the reaction, revealing important structural changes that could affect further catalyst design. 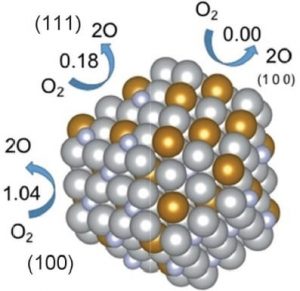 Also investigating nickel, workers from Kyushu University, Japan, have developed a material for both the OER and the oxygen reduction reaction (ORR). Their bifunctional catalyst, formed from NiFe nitride nanoplates strongly coupled to a nitrogen-doped graphene support, required an overpotential for the OER of just 150 mV (well below the benchmark value of 220 mV), and ORR activity matching that of the commercial Pt/C catalyst. They also demonstrated the use of their catalyst material for energy storage and conversion in a rechargeable Zn–air battery setup, where its performance remained stable for over 30 hours and 180 cycles.