Out of the trash and into your smartphone: supercapacitors from eggshell membranes. 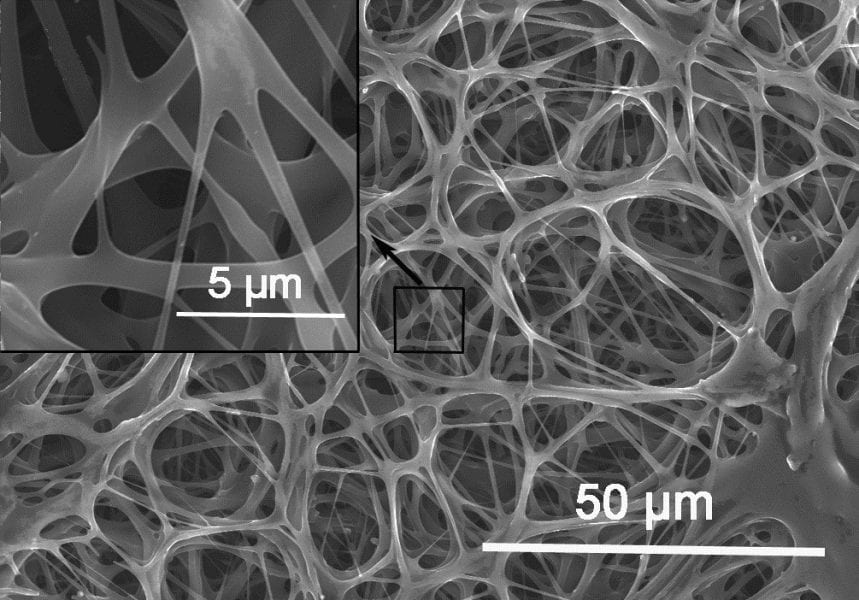 Electrical double-layer capacitors (EDLCs) are the most common type of supercapacitors used in portable electronic devices. As demand for such devices continues to rise, the search is on for ever cheaper yet more efficient EDLC materials. It is desirable that a candidate material should have both high power and energy densities, which are affected by the material’s specific capacitance and resistance.

The first patented EDLC was made of porous carbon, which meets all the requirements for the job and remains the material of choice today, though the inherently uneven nature of its porous surface means that electron transfer is less efficient that would be expected for more ordered materials with high surface areas.

The possibility of significantly improving the performances of such EDLCs by tuning the structures of the pores within the carbon has directed the focus of current research, and good results have already been achieved by generating composite structures of porous carbon supported by conductive carbon frameworks, leading to increased capacitance for the porous carbon material.

Pseudocapacitance via heteroatoms can improve performance further, but these atoms are often unstable. Carbonising biomaterials resolves this issue by fixing oxygen and nitrogen atoms within the carbon of the biomass. Working at the University of Alberta in Canada, Z. Li, L. Zhang et al. have achieved impressive

results in specific capacitance with such a method, using a biomaterial which is readily available – hence very cheap – and which is not only recyclable and biodegradable, but which can be taken from household waste: eggshells.

The porous membranes of chicken eggshells have been used previously as templates for the synthesis of macroporous nanotube networks. Here, the researchers use the eggshell membranes directly, carbonising them and testing their performance as electrodes in supercapacitors, both before and after activating the carbon in the membrane.

The native eggshell membrane structure is preserved throughout the carbonisation and activation processes and, though the material has a higher electrical resistance at its surface after processing, the value is still orders of magnitude lower than those of electrode materials currently in use. The maximum loss in capacitance observed after 10,000 cycles was 5%, making this typical household waste look like a very competitive material for energy storage and delivery in the electronic devices of the near future.