Researchers from the Weizmann Institute of Science present an insightful view of the copper binding site in Azurin and its role in solid-state electron transport. 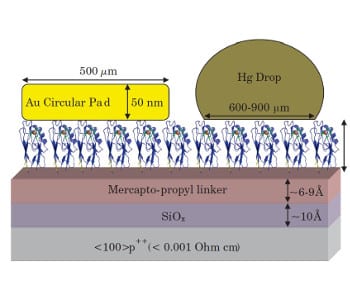 Life’s dependence on electron transfer (ET) involves proteins that carry out this process. This makes one wonder if proteins can be used for 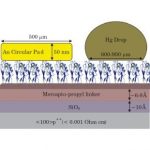 An interdisciplinary team from the Weizmann Institute of Science (Rehovot, Israel) around David Cahen has now studied the copper binding site in azurin and its role in solid-state electron transport. The blue copper-containing protein Azurin (Az) is one of the most-studied ET proteins. Azurin (as also several other proteins) was found to conduct nearly as efficient as conjugated molecules. Remarkably, Azurin’s conduction is completely temperature-independent. Conduction could also be measured after removing the copper, reducing it to Cu(I), replacing it by Ni(II), Co(II) or Zn(II), or upon deuteration. All these modifications affect the conduction significantly, which also becomes temperature-dependent to various extents. Extrapolating these temperature dependences show so-called compensation, i.e., all variants would conduct like the natural protein, at one temperature. While known for some inorganic semiconductors, there is a twist: the compensation temperature is that of protein denaturation, a finding that paves the way to search for other efficient protein conductors, which can serve in bioelectronics.