Effects of nanowires on fibroblast dynamics

Bigger is not necessarily better: when it comes to culturing fibroblasts on nanowire substrates, there are several reasons to reconsider the use of long nanowires. 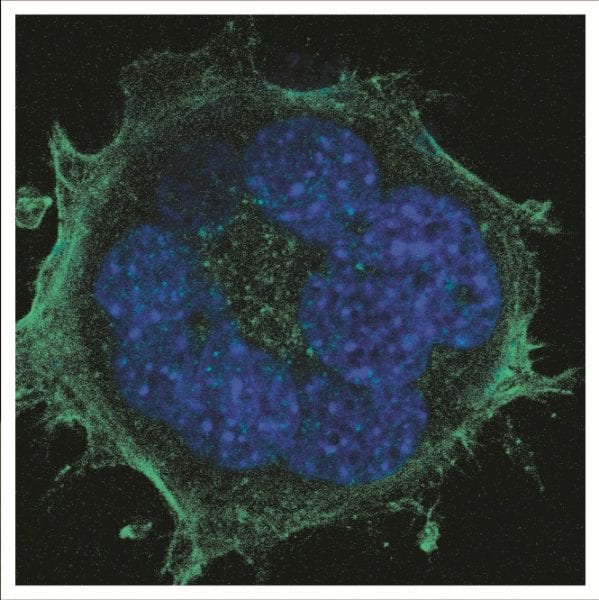 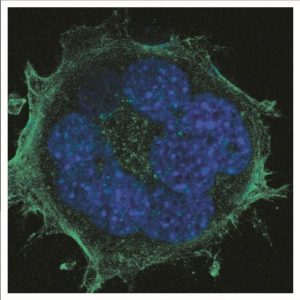 Semiconductor nanowire arrays are increasingly used for biological applications, such as the electrical characterization of living cells or the injection of biomolecules into cells. Within this context, it is crucial to understand the effects of nanowires on living cells in order to design nanowire platforms that can exploit all the useful properties of the nanowires while minimizing cell perturbations.

These researchers from Sweden and Denmark have investigated the behaviour of fibroblasts—highly motile and dividing cells—cultured on short, medium and long nanowire substrates and compared the cell dynamics to those cultured on flat substrates. They show that cells cannot move on long nanowires and cannot divide properly, resulting in a high proportion of multinuclear cells, due to possible entanglements of the nanowires with the cell components. Despite this, the cells were able to protect their nuclei from direct contact with the nanowires by bending the nuclear membranes around them.

Cells cultured on long nanowires also exhibit DNA damage, a high content of reactive oxygen species (ROS) and high cellular respiration, which is attributed to cellular stress due to the cell conformation on the nanowires. The formation of highly curved but intact nuclear membranes, with no direct contact between the nanowires and the DNA, suggests that the damage results from the ROS.

For the design and interpretation of experiments involving nanowire-based devices designed to interact with living cells and tissues, these results suggest that nanowire length and the interaction time between cells and nanowires should be minimized. On a more positive side, they also suggest that long nanowires could be beneficial in situations where a cell population should be prevented from proliferating as, for instance, in the case of cancer, or when dealing with immune reactions to implants.