A cationic iridium complex emitter in a light-emitting electrochemical cell is used to study the competing effects on the dielectric constant by varying the size of the negative ions with it. 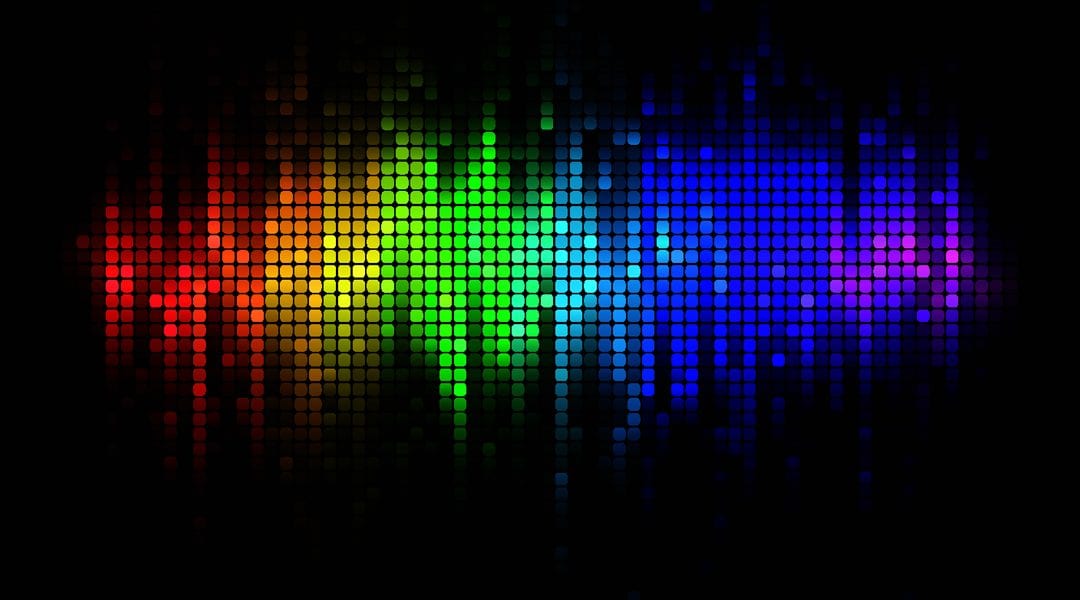 Light-emitting electrochemical cells (LEECs) are a promising low-cost option for display and solid-state lighting. These devices operate with the combined motion of ions and electrons, charging up like a capacitor while exhibiting light emission characteristics similar to a light-emitting diode. These mixed conductor effects enable efficient operation from simple, single-layer devices, and the interplay of charges makes for rich physics that can be leveraged for high performance. 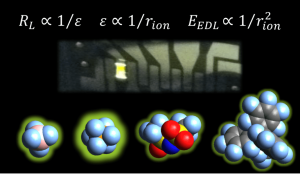 One example of this interplay is in the competing effects of the dielectric constant (ε) on light emission. Directly, light emission itself is understood from the Langevin recombination equation, where the rate of electron–hole recombination that can lead to light emission (RL) is inversely proportional to ε. This would suggest that a low dielectric constant would maximize light output. However, emission is also enhanced by larger device current, which is governed by charge injection. In LEECs, charge injection is strongly enhanced by the motion of ions that create electric fields from electrical double layer formation (EEDL) at the electrodes. This ultimately leads to a trade-off, as small ions pack more densely at the electrode and facilitate high charge injection, but large ions have a smaller ε, and thus directly enhance emission efficiency.

Professor Jason Slinker and colleagues at The University of Texas at Dallas (USA) studied these competing effects on the dielectric constant by varying the size of the negative ions paired with a cationic iridium complex emitter in LEECs. They utilized equivalent circuit modeling with AC measurements to extract the dielectric constant of the films from each ion. When they made light-emitting devices from these materials, they noted that performance was maximized with PF6− ions, ions of intermediate size that balanced ion mobility with an intermediate dielectric value.

Simulated device operation from first principles drift-diffusion current concepts confirmed that performance is maximized when ionic mobility and dielectric values are balanced. Overall, this result can serve as a guide in engineering LEECs for optimal performance.

Kindly contributed by the authors and edited by Rachel Schmidt-Radde.

The original research manuscript is part of the Special Issue, “Optoelectronics: New Materials and Approaches”  ChemPlusChem 2018, 83 (4)
It is free to view through May 2018.