Scientists from the University of Linz engage in developing electronics that can simply be thrown onto the compost heap or, if in a pinch, could even be eaten! 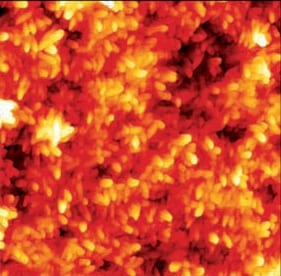 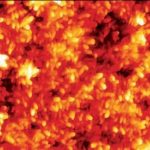 Whether it be digital cameras, notebooks, PCs, mobile phones, plasma televisions or game consoles – rapid development and short product life cycles are characteristic of the information and communications technology market. Electronic waste (e-waste) in addition to enormous consumption of electricity and materials jeopardize our environment. Increased regulation and market demand have both fostered a push for “green electronics” relating to energy, difficult waste, scrap waste and recycling. The JKU has endorsed this push and is one of the first universities worldwide to engage in developing electronics that can simply be thrown onto the compost heap, or if in a pinch could even be eaten.

The development of purely biocompatible electrical devices was the key objective for these JKU scientists who had previously carried out extensive research on the use of electronic elements made of organic electronic devices. The first successful research results in the teams of Univ. Prof. Dr. Siegfried Bauer, Head of the Soft Matter Physics Department within the Institute of Experimental Physics and o. Univ. Prof. Dr. Niyazi Serdar Sariciftci, Chair of the Institute for Organic Solar Cells, have now been documented: Dr. Mihai Irimia-Vladu and co-workers from an international team developed an organic field-effect transistor which even consists of edible materials. Thus, an initial step towards “green electronics” has already been made: “For the first time, we succeeded in developing organic field-effect transistors from natural basic materials such as beta-carotene, indigo, caffeine, glucose, coloring materials, DNA, etc.”, stated both university professors Dr. Siegfried Bauer and Dr. Serdar Sariciftci.

The “edible circuits” are imprinted on biodegradable films. Recycling would thus become redundant as regular composting would be sufficient, or as the case may be, the construction units would even be edible. These simple sensors of organic materials could discern, for instance, whether food was transported without an interruption in the cold chain, or assess the ripeness of fruit or the freshness of bread, or even detect vibrations on hyper-sensitive material during transport. “The final consumer then puts the sensor in with the organic waste or simply eats it “, stresses Dr. Irimia-Vladu. These sensors could also be used as medical implants to serve as “internal surveillance” for metabolic procedures (blood values, temperature, wound healing processes, etc.) and these devices would disintegrate after a certain time in the human body without any health risks. The palatable circuits could also be used in tablets to examine whether or when they were taken by the patient – if the circuit for instance is no longer transmitting; it means the medicine was reabsorbed. Edible electronics could also be utilized for toys. “We embarked on the first steps, however, each of the potential commercial applications mentioned are estimated to involve many years of further development, even from an industrial standpoint,“ stresses Bauer. The initial research results of JKU were already published in the renowned international journal Advanced Functional Materials.

„Edible Electronics“, a service invention of JKU, supported by the Austria Wirtschaftsservice GmbH within the framework of the uni:ivent-program, financial support of the work comes from the Austrian Science Funds.