This year, April 22, 2020 marks the 50th anniversary of Earth Day, a grassroots idea from the 1970s that became a global movement. 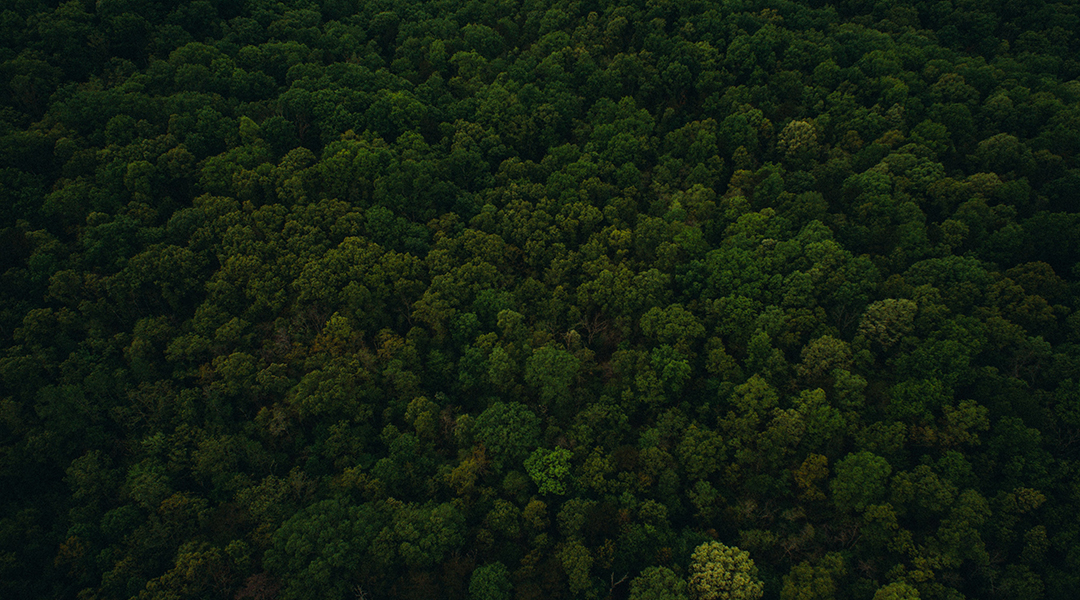 Today we celebrate Earth Day, a grassroots movement started in the 1970s to bring attention to a growing public concern.

By the end of the 1960s, more and more people were becoming aware of the serious impact of dirty automobile emissions, ravaging oil spills, and industrial waste on the environment as well as their detrimental links to public health.

The first Earth Day happened on April 22, 1970 and can be attributed to Senator Gaylord Nelson of Wisconsin, a politician who had long been an advocate for environmental protection in the United States. He apparently became inspired by the growing anti-war movement taking place on campuses all over the country and sought to set up college “teach-ins” to educate people — especially the next generation — about the need to protect the environment.

On the first Earth Day, 250,000 people protested in New York City, with over 12,000 events taking place all over the country to protest the lasting and devastating impacts of 150 years of industrialization.

The movement gained significant media attention and led to the creation of the United States Environmental Protection Agency as well as the first-of-their-kind environmental laws, including the National Environmental Education Act, the Occupational Safety and Health Act, the Clean Air Act, the Clean Water Act, the Endangered Species Act, and the Federal Insecticide, Fungicide, and Rodenticide Act.

While these laws and their equivalents established in countries around the globe have no doubt saved countless lives and species from extinction, as we celebrate half a century of Earth Day, significant challenges still remain.

Over the past several decades, the movement has faced skepticism and resistance from climate change deniers, and green issues have rarely been at the forefront of the public’s concerns, but following global protests catalyzed by the Fridays for Future movement inspired by Greta Thunberg in 2018, the fight for a clean environment and mitigation of climate change appears to have taken on more urgency as its ravaging effects become more and more apparent.

This dramatic shift in public opinion has found reflection in recent political trends, finally transcending green issues from activist groups to the political spheres of parliamentary democracies. In the European Parliament elections last year, the Greens/EFA group won 74 seats, up by 22 from the 52 seats won in the 2014 election. This translated to over 11% of votes cast across EU member states going to green parties, the highest swing coming from Germany, whose own green party surpassed the two major parties — the CDU and SPD — in an opinion poll for the first time in its history. This German trend appears to have held, with the Hamburg state election at the start of 2020 seeing the greens come second place, increasing their vote share from 12.3% in 2015 to 24.2%.

In the UK, green policies were an unprecedentedly large focus for the Labour Party during the 2019 general election campaign, and in the USA, talks of a “Green New Deal” have gained traction inside and outside the Democrats as the USA geared up for the presidential elections later this year.

A version of a “Green New Deal” was also one of the policy platforms of the Democratic party in South Korea, which won a comfortable majority in the National Assembly in South Korea’s general election earlier this month.

While the social, cultural, and political movements of the 1970s seem to be resurfacing, this Earth Day, in particular, appears to be happening at a pivotal point in our history. The current COVID-19 pandemic sweeping the globe offers a glimpse of what our future might be if we take corrective measures to curb our society’s damaging habits. With most countries under lockdown to restrict the spread of infection, pollution levels around the world are dramatically decreasing, and wildlife is re-appearing in areas where human activity had driven it away (such as dolphins swimming the canals in Venice). Returning to the way things were once this crisis is over will wipe out any environmental benefits gained during this time. Although the current pandemic is nothing to celebrate, it demonstrates that people can dramatically change their habits to protect the health of their family and communities. The big question is, will we go back to business as usual or will we use this as an opportunity to put ourselves on the path to carbon neutrality and a stable future?

The way governments around the world have reacted to the pandemic are unparalleled in modern times. Normal market forces are no longer the driving force for where economies focus their resources; the driving force is instead coming from governments, no matter how liberal their markets, in what seems to be the largest-scale state intervention in economies in generations. All of this change is in the name of protecting health and getting the COVID-19 pandemic under control. When the dust settles, questions will inevitably be asked about if governments can step up in the way they have to a health emergency like this, will they do the same for the climate emergency, impacts from which will also be detrimental to human health?

Human health and the environment are intrinsically intertwined, and we have an obligation to step up and put promise into action to preserve our planet. With everything happening in the world, it’s at least heartening to know that we can come together in an hour of need to protect one another from danger, and there is a real opportunity here to translate this sentiment to the climate crisis.

Zhenan Bao: Shaping the future of wearable electronics
Seeking life on Mars: What you need to know about the Perseverance mission
The dramatic story behind general relativity's Nobel Prize snub
The significance and influence of personal experience when climate change comes home