A solar cell that makes its own storable fuel. 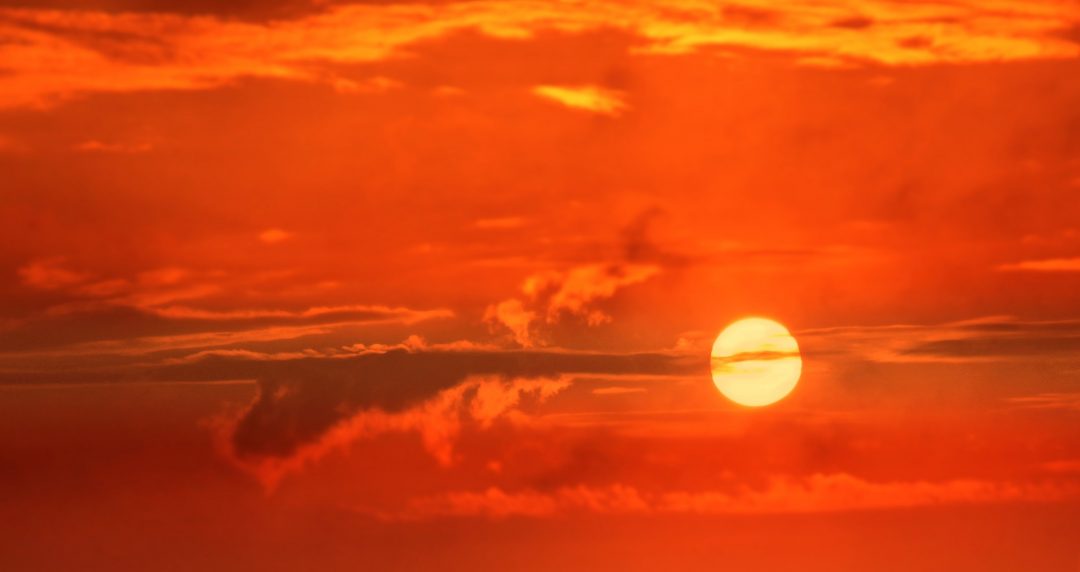 Intermittency is one of the major problems associated with solar power.  The output of a solar cell is heavily dependent on the weather and the season.  Since energy demand does not fluctuate in parallel with the weather, fixing this problem is crucial to the long-term prospects of this form of energy production.

One possible solution is to combine a solar cell with the tools required to synthesize a storable fuel; hydrogen, for example.

Hydrogen is becoming more and more practical as an energy source, with the first ever export of green hydrogen shipping out from Australia last month.

The technical demands of a “two-in-one” device are quite challenging, and there are a number of complex parameters that need to be considered in the design process. A recent report from a Dutch team clearly lays out some of the key issues that the team faced during their design of a new device. 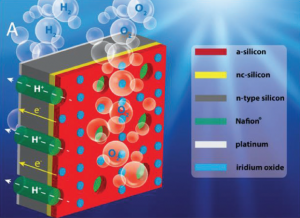 With two sets of chemical reactions taking place in a single device, interference can be a major problem. This interference can take a number of different forms. To take just two examples; the gasses involved are potentially explosive, so mixing must be minimized; changes in electrolyte acidity caused by the reactions must also be minimized so as to avoid unwanted side effects.

To mitigate each of these potential problems, the team ran a series of detailed experiments.  They tested a variety of electrolytes, before finding that one molar sulfuric acid prevented significant changes to the electrolyte pH.  They also tested a new silicon based membrane to prevent gas crossover while maintaining reaction efficiency between the two systems (see below).

The resulting optimized device significantly improved the efficiency of the previous state-of-the-art.

While this work certainly moves the field forward, the team is hoping to further improve their device through a number of different strategies. They are working on a system that can function under alkaline conditions, and they are also seeking to utilize more cheaply available metals in their catalytic system. So for now, watch this space… 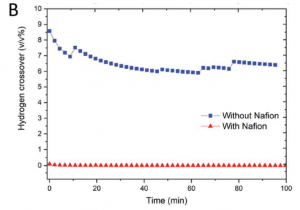 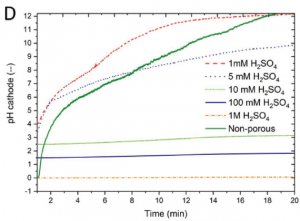 Smart windows that self-illuminate on rainy days
Why We Need to Shift Governance Beyond the Blue Water Basin
Climate predictions: Sometimes less is more
Protecting Groundwater Resources During Fracking