Spandex is pre-stretched and twisted with the free standing nylon to compensate the difference of stiffness to obtain a double-helix twisted and coiled soft actuator. 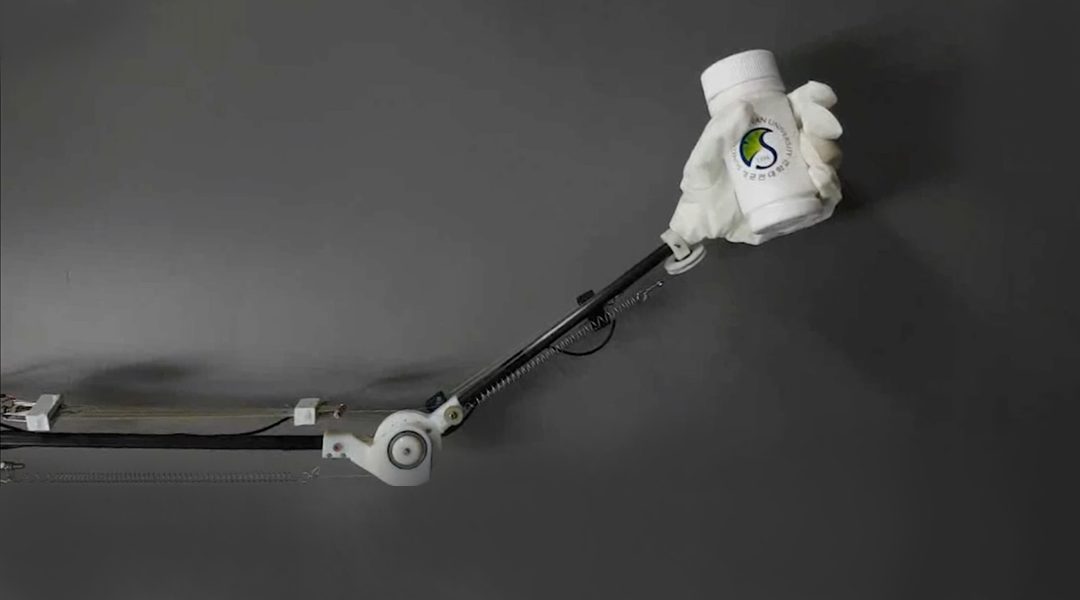 Soft actuators are actively investigated to replace traditional ones like electric motors, which are typically rigid, heavy and noisy. Among soft actuators, Twisted and Coiled soft Actuator (TCA) introduced by UT Dallas, demonstrated excellent performances in terms of strain and specific power. Since then, various approaches have been reported to improve its performances and it is noted that spandex TCA (STCA) can make significantly higher strain (45 %) than that of nylon TCA (NTCA).

However, TCA has a critical drawback because it is non-conductive and it cannot be driven by electricity. Additional tools are needed for giving heat energy such as heat gun and thus, the whole system turns out to be bulky and heavy, again. To make the conductive TCA, several approaches have been attempted including winding conductive metal wire on the TCA and coating silver particle on the polymer. 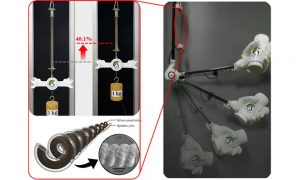 In this study published recently in Advanced Engineering Materials,  a team of authors from Sungkyunkwan University propose a new method of providing the TCA conductivity to make it possible to drive with electricity. Two fibers with different properties are twisted simultaneously, that is, a spandex fiber and a silver coated nylon. This method looks simple and easy, but has not been tried up to now. Usually, nylon is much stiffer than the spandex, fibers are easily broken during the fabrication without any additional treatment.

In this study, the spandex is pre-stretched and twisted with the free standing nylon to compensate the difference of stiffness. As the result, double-helix TCA (DTCA) is fabricated successfully and finally, DTCA can be obtained like conductive nylon core enclosed with spandex skin. The DTCA not only inherits the characteristics of the NTCA and STCA, but has even better performances. Due to the conductivity of silver coated nylon, the DTCA can be actuated by electricity and furthermore, it provides repeatable strain over 40 % under lower temperature than previous TCAs, which is much larger than that of mammalian muscle. In addition, its feasibility is validated by implementing in a robotic arm driven by DTCAs. Prof. Hyouk Ryeol Choi states that, “this result is one of the stepping stones of musclelike soft actuators, which will be applied to various areas in advanced robotics”.