Excellent photocatalytic activity is realized after using an ion implanter to dope titanium oxide with carbon and nitrogen. 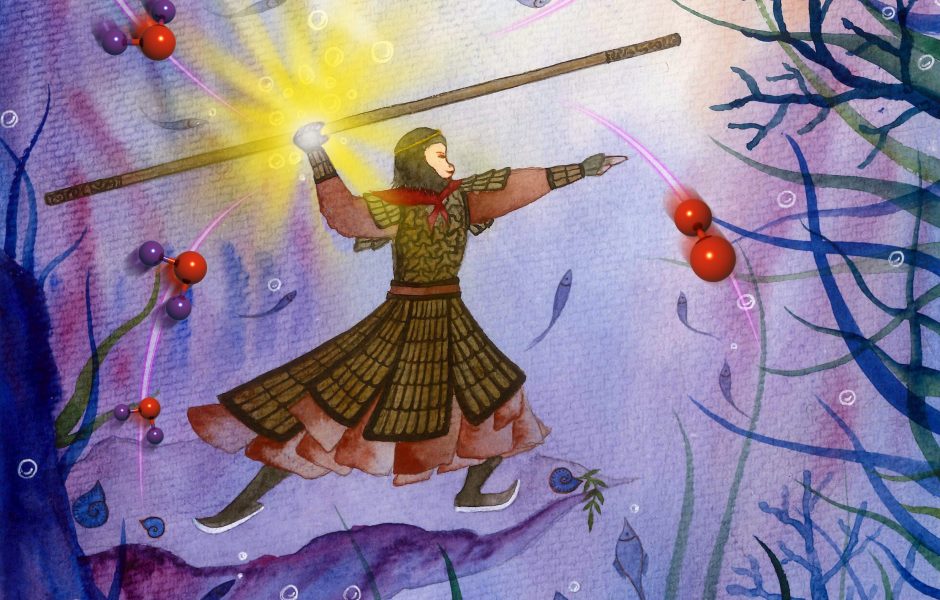 Fuel cells are an excellent candidate for long term sustainable energy production. Unfortunately the hydrogen that is required as a fuel for these devices is not easily produced or stored. If a fuel cell could be coupled with a water splitting device that generated hydrogen in the presence of sunlight, widespread uptake of fuel cells would be one step closer.

SEM images of the photocatalysts

In order to construct a practical water splitting device, the choice of photo-active material is crucial. Titanium oxide is considered a benchmark photocatalyst for the production of hydrogen from water in the presence of UV light. However, under visible light, its performance is not as good. In the quest to improve the activity of TiO2 under visible light, a range of dopants and manufacturing techniques have been trialed. It has long been thought that carbon and nitrogen doped TiO2 would make an excellent catalyst. However highly active examples of this material are rare. The difficulties in realizing an active C/N doped TiO2 photo-catalyst are thought to be due to problems in its fabrication process.

A research team from China recently reported the use of a new technique for doping TiO2 with carbon and nitrogen. They used an ion implanter to dope vertically aligned TiO2 nanowire arrays. The team optimized their catalyst by investigating the effects of ion implantation depth and also dopant concentration.

TEM images of the photocatalysts

To evaluate the performance of their material, the team compared its photo-activity with that of normal TiO2, an N doped and a C doped variety in the presence of visible light. They found that their material was significantly more active than the others, demonstrating a photo-activity that is among the best reported for TiO2 based materials.

In light of the excellent results obtained by using ion implantation doping with TiO2, the authors hope that this technique might enable improved performance of other photocatalytic materials.