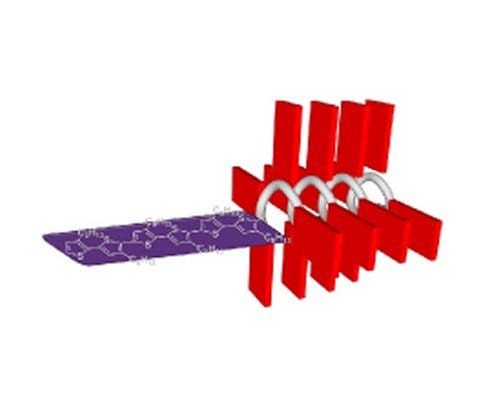 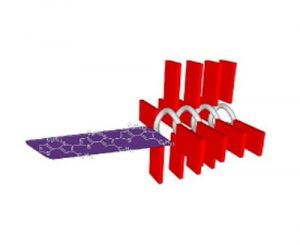 The field of organic photovoltaics (OPV) is currently experiencing a period of rapid growth, as device efficiencies approach cost effective values. Presently, the state-of-the-art OPV devices contain active layers that consist of a physical blend of a conjugated polymer and a fullerene derivative that act as the electron donor and acceptor components, respectively. An unsolved problem in the field, however, is the stabilization of such heterogeneous blends, which are often susceptible to degradation and ultimately lead to poor device lifetimes.

Christopher W. Bielawski and his co-workers at the University of Texas at Austin present the synthesis of a new block copolymer, in which both donor and acceptor components are integrated into a single material. The use of such so-called donor–acceptor block copolymers has emerged as a promising approach for overcoming many of the drawbacks associated with bulk heterojunction blend devices.

The methodology developed by Bielawski et al. represents a significant improvement over previous approaches as it reduces traditionally tedious and laborious processes into a single step.

Furthermore, the synthesized materials were found to self-assemble into nanomorphologies that are attractive for use in OPVs and other applications.