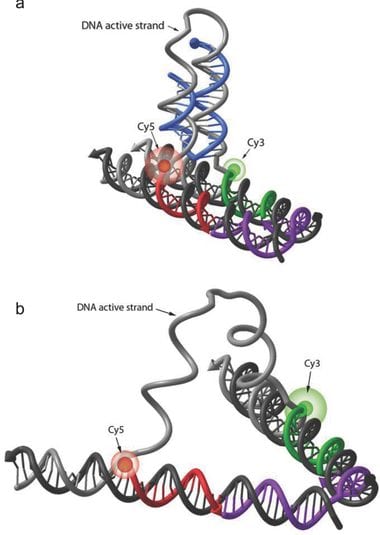 DNA can be used as a building block to construct molecular versions of solid state logic gates enabling molecular computing with potential applications in disease diagnosis and treatment.

Danish researchers have now successfully constructed a universal DNA based Boolean logic gate system that can perform six different Boolean operations (AND, NAND, OR, NOR, XOR, and XNOR). To illustrate applications, the group has shown that the designed gates can be incorporated into larger DNA structures by implementing chosen logic gates into a DNA origami box structure with sizes 18 x 18 x 24 nm3. The gates can control the opening of the box lid in a programmable way either using Boolean or fuzzy logic. This system, the team believes, has the potential to be used for diagnostics by detecting microRNAs, which are cancer reporters, and for treatment by including a drug inside the large DNA structure that can be released upon activation of all gates.