Solvation free energies contribute to the driving force of molecular processes in solution and play a significant role for the relative stability of biomolecular conformations or the formation of complexes. Changes in solvation free energy are the origin of solvent‐mediated interactions such as the hydrophobic effect in water. 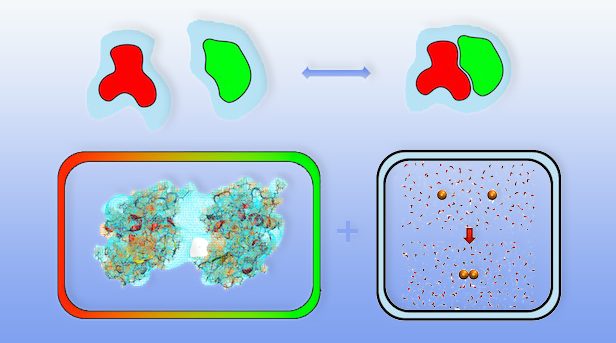 The way molecules interact with one another in solutions is only partially determined by direct attractions or repulsions between them. In addition, the overall binding affinity (the tendency of molecules to form complexes or aggregates) of solvated molecules can be strongly influenced by interactions with the solvent. 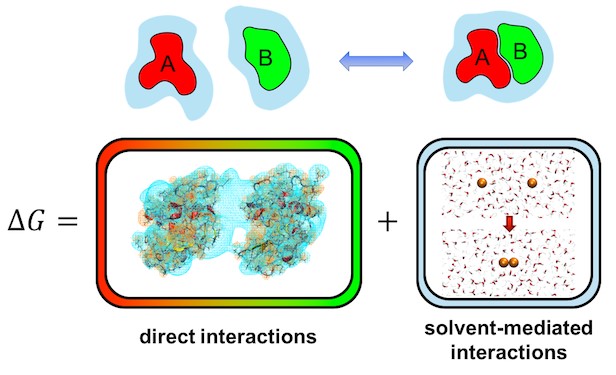 The methods described in this Advanced Review can provide vital information that improve our ability to predict the affinity of drug candidates to their biomolecular targets. In addition, the microscopic information on solute-solvent interactions obtained from this analysis may play a crucial role for the development of improved implicit solvation models that allow for computationally efficient simulations of interacting molecules in solution.

An alternative to adhesives helps cells better interact with their environment
How can we make CRISPR safer?
Skin pigment properties and the importance of heterogeneity
Octopus suckers inspire soft robotic arms