A new study finds diamonds can actually form at room temperature, under the right pressure. 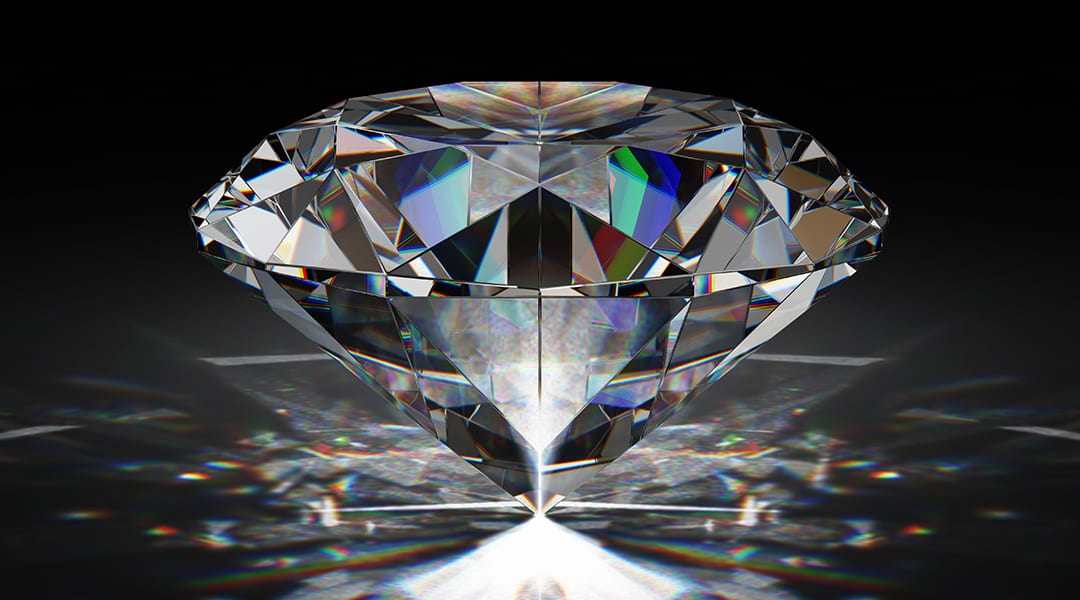 Diamonds are highly coveted the world over, forming naturally in the Earth’s mantle under extreme temperature and pressure over billions of years. Now, a team of scientists from the Australian National University (ANU) and the Royal Melbourne Institute of Technology (RMIT) University have reported a means of making the gemstones at room temperature within a matter of minutes.

Beauty aside, diamonds are highly useful materials — especially within the realm of technology — due to their extreme hardness, high thermal conductivity, and quantum optical properties. To overcome the issues of their availability and cost, the first synthetic diamonds were produced in the early 1950s for industrial use.

While a faster means of obtaining the gems, these synthetic procedures still require high pressure and temperature to turn elemental carbon into crystalline diamond; this is because the energy required to overcome the high kinetic barrier between carbon’s material phases is extremely high.

In their current study recently published in Small, the team of researchers led by Professor Dougal G. McCulloch reported the formation of nanocrystalline diamond and lonsdaleite — a less common form of carbon with a hexagonal crystal structure — at room temperature using a pressure of 80 GPa. This is a substantial improvement seeing as most procedures require temperatures of roughly 1400 °C.

The “twist” comes from how the pressure was applied. Glassy carbon was used as the precursor material, and was compressed in diamond anvil cells at room temperature. “Glassy carbon is a non‐crystalline form of carbon, which, like graphite, is predominantly sp2 bonded, but unlike graphite, contains randomly stacked and oriented layers to form an opaque, isotropic material,” they said.

Using transmission electron microscopy (TEM), the researchers analyzed intact samples recovered from the cells, which they say allowed them to provide a more complete understanding of the nature and relationship between phases present in the recovered material. “This is akin to sampling a rock core instead of crushed powder samples, and [allowed] us to investigate the atomic level relationships between the arrangement of crystallographic phases present and the non‐uniform stress field present in the diamond anvil cell,” they wrote.

After compressing the glassy carbon and analyzing the samples, three distinct phases of carbon were observed: graphite, diamond, and lonsdaleite.

“Diamond and lonsdaleite are generally thought to form via different transformation pathways involving the sliding of graphene layers […] to achieve the appropriate stacking as the layers are compressed together,” said the authors. This displacement of atoms required to form their respective crystalline forms is generally achieved by heating the sample to minimize the kinetic barrier that exists between phases.

The presence of nanocrystalline diamond and lonsdaleite veins in their samples — miraculously obtained without heating — could only be explained by the presence of high pressure and shear strain, which results in a twisting and sliding force that helps in overcoming the phase change’s kinetic barriers.

“We anticipate that our observation of shear‐induced phase transformations in carbon has widespread implications in a range of fields including materials science, geology and planetary science, where this mechanism may lead to phase changes in other solids,” concluded the authors. This could also have implications in terms of where diamond is likely to be found, both on Earth and on other planets, as the conditions for its formation just became a little broader.