A proposed mechanism for O-ATRP to discern the photophysical and chemical design principles that enable an organic molecule to serve as a catalyst for O-ATRP is described. 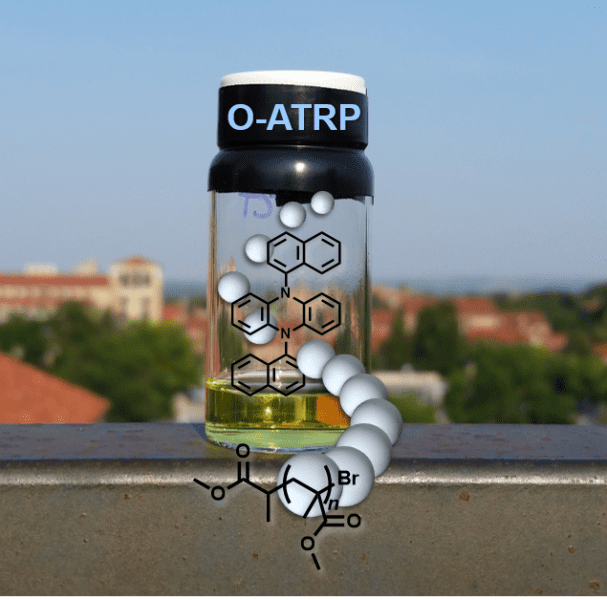 In their Feature Article in Macromolecular Rapid Communications, Prof. Garret Miyake and co-workers from the University of Colorado Boulder, discuss recent advances, perspectives and the design principles of catalysts for  organocatalyzed atom transfer radical polymerization. 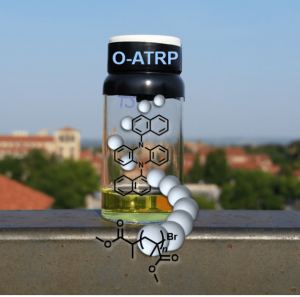 Atom transfer radical polymerization (ATRP) is a widely-used method for the synthesis of precision polymers, producing highly uniform polymers with defined chain ends. ATRP has enabled the synthesis of a plethora of advanced polymeric architectures.  The incorporation of light to mediate ATRP has created a number of successful variants, including photoredox-mediated ATRP, which uses transition metal catalysts to introduce spatial and temporal control to ATRP. However, the use of transition metal catalysts can limit polymer compatibility with electronic and biological systems. To that end, organocatalyzed ATRP (O-ATRP) has been developed as a metal-free photoredox variant of ATRP. O-ATRP employs an organic photocatalyst (PC) to allow for spatial and temporal control over the polymerization without the need for a metal catalyst. To date, five different classes of organic PCs have been employed in O-ATRP, with some of these PCs capable of achieving polymerization performance rivaling traditional ATRP.

In the Feature Article, the authors use the proposed mechanism for O-ATRP to discern the photophysical and chemical design principles that enable an organic molecule to serve as a catalyst for O-ATRP. The five classes of molecules were investigated in the context of these design principles and their resulting success in polymerization. A deeper investigation into the distinguishing characteristics of the best-performing O-ATRP catalysts leads to the recognition of two additional design principles that are not readily evident through considerations of the polymerization mechanism. Specifically, a planar geometry of the catalyst core and the ability to form charge-transfer states are deemed important catalyst characteristics. Following this discussion, remaining challenges for O-ATRP are presented, as well as prospects for future improvement in the application scope of O-ATRP. By providing insights into the current understanding surrounding catalyst design in O-ATRP, this overview seeks to accelerate the pace at which new and exciting uses for these families of catalysts are discovered.

Not a Stretch: Flexible Hydrogels with Structural Color
Rethinking plastics production and recycling
Printed Electronics: Print Your Own Speakers
Living Well With Plastics: The Politics of the Plastics Crisis