Delivering Stroke Therapeutics to the Brain

Neuronal stem cells used to smuggle therapeutics into the brain. 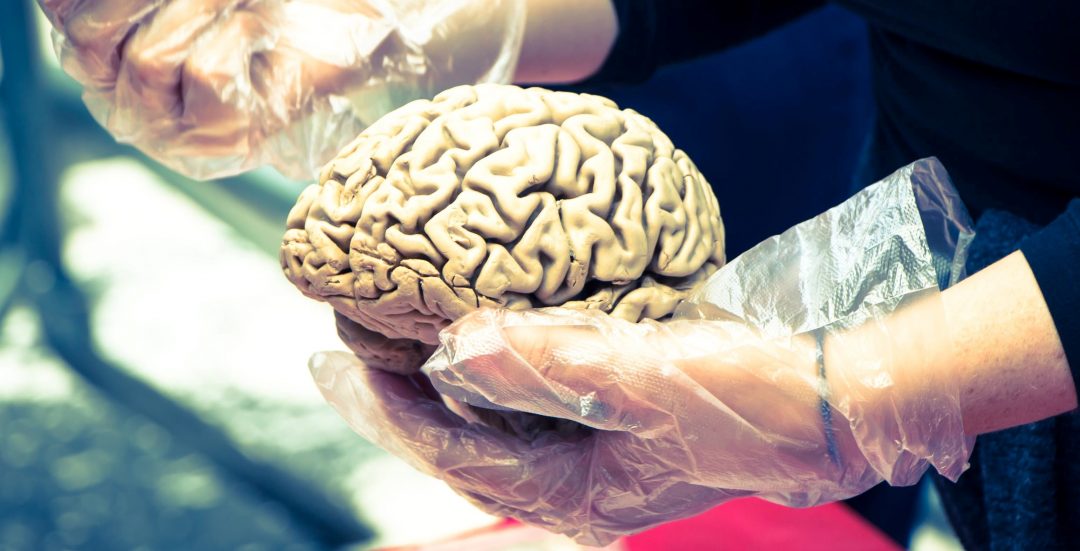 In 2015, stroke was responsible for 6.3 million deaths worldwide, a figure that represents a full 11% of total recorded deaths. One of the biggest risk factors for stroke is age, and at a time when many countries are facing aging populations, the impact of this condition on the community is forecast to grow significantly.

There are many challenges facing research into new stroke treatments. One of the most difficult is ensuring that new drugs can be effectively transported into the brain. The blood brain barrier helps to make sure that the blood that reaches the brain does not contain any foreign matter that might cause harm. Unfortunately, this makes it a very effective shield against therapeutic agents.

There are a range of different approaches to tricking the blood brain barrier into letting drugs past. One such technique is to coat the drug with the membrane of neural stem cells. However, neural stem cells are not homogeneous, and small modifications to the membrane can have a large effect on the efficacy of this technique. 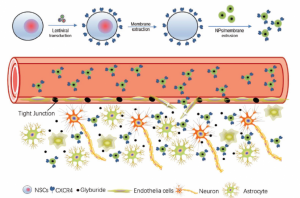 Synthesis of therapeutic system, and subsequent passing of the blood brain barrier.

Recently, an international team reported the effects of employing neural stem cells that over-express a receptor called CXCR4. This coating was designed to effectively smuggle a drug/nanoparticle composite past the blood brain barrier (see scheme above).

The therapy was tested on mice that had a surgically induced artery clot. It was found that the mice treated with the new therapy had significantly less volume of dead brain tissue three days after surgery. It was also found that the survival rates of the treated mice were significantly higher.

These results suggest that the new coating did indeed effectively shuttle the  drug through the blood brain barrier. This outcome indicates that this new drug delivery system might have the potential to enter clinical human trials.