Reverse drawing lithography has allowed researchers to fabricate a less invasive needle system designed to deliver drugs to the back of the eye. 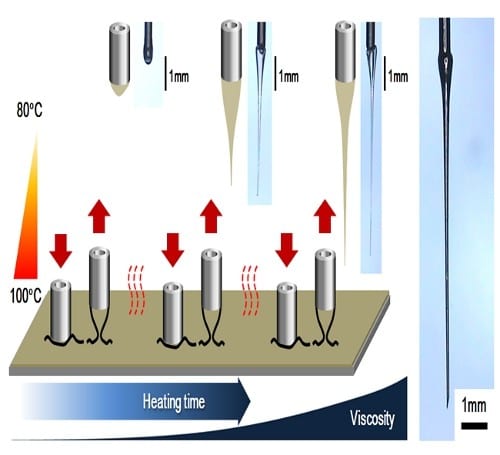 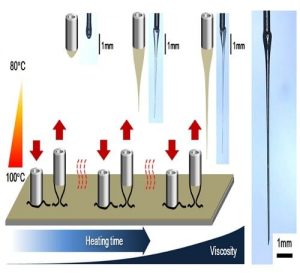 Various drug delivery routes such as topical, systemic, or intravitreal can be used to treat serious diseases on the back of the eye; however, intravitreal is by far the best system in terms of delivering a therapeutic drug dose with minimal side effects. Intravitreal injection directly delivers a drug using hypodermic needle into the eye through the ocular layer. However, the wound caused by the large diameter hypodermic needles that have, until now, been necessary for this procedure can give rise to serious surgical trauma. For this reason, alternative safety injectors are required for efficient intravitreal drug delivery.

Alternative, less invasive microneedles with three dimensional microscale structures can penetrate external body surfaces without causing complications. For intravitreal injection, such microneedles need be strong and long enough to pierce the outer barrier of the eye (that is, the sclera).

A fifteen degree bevel angle is introduced to the tower needle by laser cutting to achieve intravitreal injection with minimal damage to eye tissue. The group also administered sympathomimetic phenylephrine solution into rabbit eyes using their needle system and confirmed intravitreal delivery by pupil dilation measurements. Intravitreal injection with the new tower microneedle system was performed with minimal invasion and delivered an amount of drug comparable to hypodermic needles into the eye.