Degradable microrobots could help deliver cells within the body

Researchers find the sweet spot between strength and biocompatibility in these tiny cell-carrying microrobots. 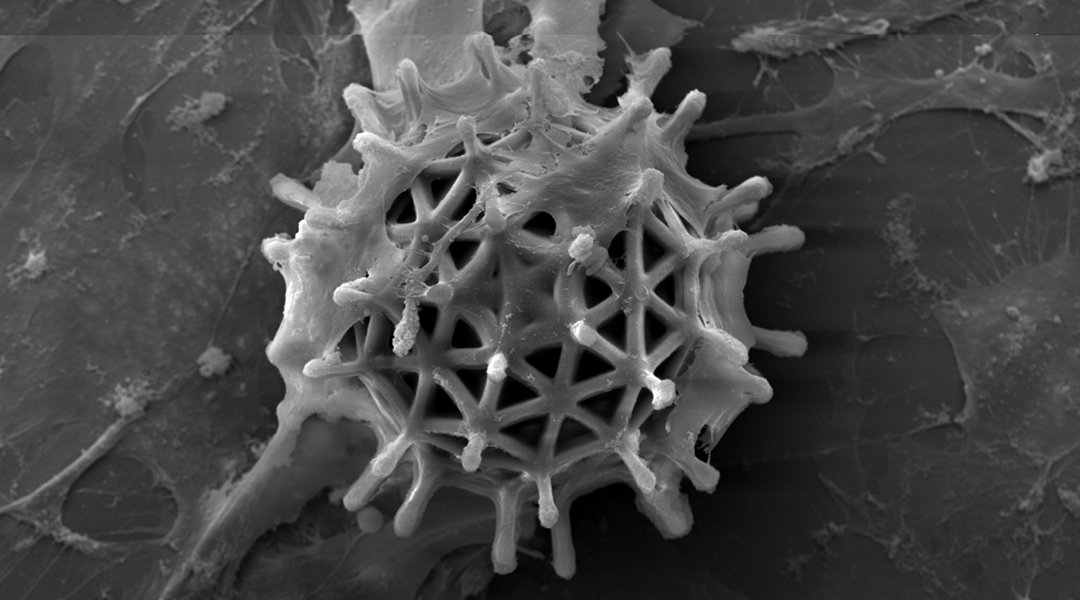 Cell-based therapies are promising in medicine, helping to repair damaged tissue following injury, such as a heart attack, or have found application in the treatment of different cancers. This sounds well and good, but delivering said cells poses a bit of a challenge as this is usually done through invasive procedures.

Similar in size to human cells, microrobots offer an alternative means of cell delivery with fewer complications as these tiny robots are far less likely to cause tissue damage. But building microrobots that can not only effectively navigate the complex environment that is a living body, but who are also equipped to deliver live cells to an affected area is a different ball game all on its own.

“Cells require a 3D culture environment to grow properly, otherwise they quickly lose function,” said Sun Dong, a professor at the Department of Biomedical Engineering in City University of Hong Kong. “This poses several challenges because the microrobot must be strong enough to carry cells, be capable of keeping them alive, engineered to efficiently carry and unload their cargo, and then after treatment, they need to degrade without causing unwanted side effects as a result of immune system activation and thrombin formation.”

This is a tall order, but Dong and his team of scientists have been developing a new class of microrobots to help make the jump from the lab to a clinical setting. Their findings were recently published in the journal Advanced Intelligent Systems.

“To date, researchers have tried to use hydrogels to fabricate degradable microrobots with a degradation time ranging from days to weeks,” said Dong. “However, they suffer from low mechanical strength, which makes it difficult to load cells onto.”

“PEGDA contributes to a shorter degradation time for the robot, while PETA affords it mechanical strength,” explained Dong. By testing various combinations, the researchers were able to determine and optimal ratio of the two materials to achieve the best of both worlds.

To build the microrobots, they used a micro-3D-printing technique called two-photon polymerization (TPP) with the help of computer-aided design. “Through this technology, we can make microrobots of any shape with diameters as small as a human hair,” said Dr. Junyang Li, one of the study’s authors. The robots were built to sustain a 3D cell environment, ensuring the cells were kept alive and maintained their activity during transport. “After injecting the cell-loaded microrobot into the human body, the cells will proliferate and be released from the microrobot spontaneously,” added Li.

They also assembled the hydrogels in a different triangle-based pattern, taking advantage of the added strength this afforded to adjust polymer composition and enhance degradability.

“Our microrobots contain a triangle pattern structure with additional supporting grids, which provides them with a high degree of mechanical strength compared to others, such as commonly used hexagon-based patterns,” explained Tanyong Wei, another of the study’s authors.

“Although there are still many problems that need to be solved before these microrobots can be used clinically, this research is an important step toward overcoming the challenges of simultaneously improving degradability and mechanical strength of these microrobots,” added Dong. “With these findings, we are doing some pre-clinical studies of delivering stem cells into animal models for precise treatment of diseases, such as liver cancer and articular cartilage repair. We hope to explore clinical trials in the near future.”