Defining the edges of galaxies

Using a new definition of galaxy size, astronomers have uncovered new, exciting findings about how they formed and evolved. 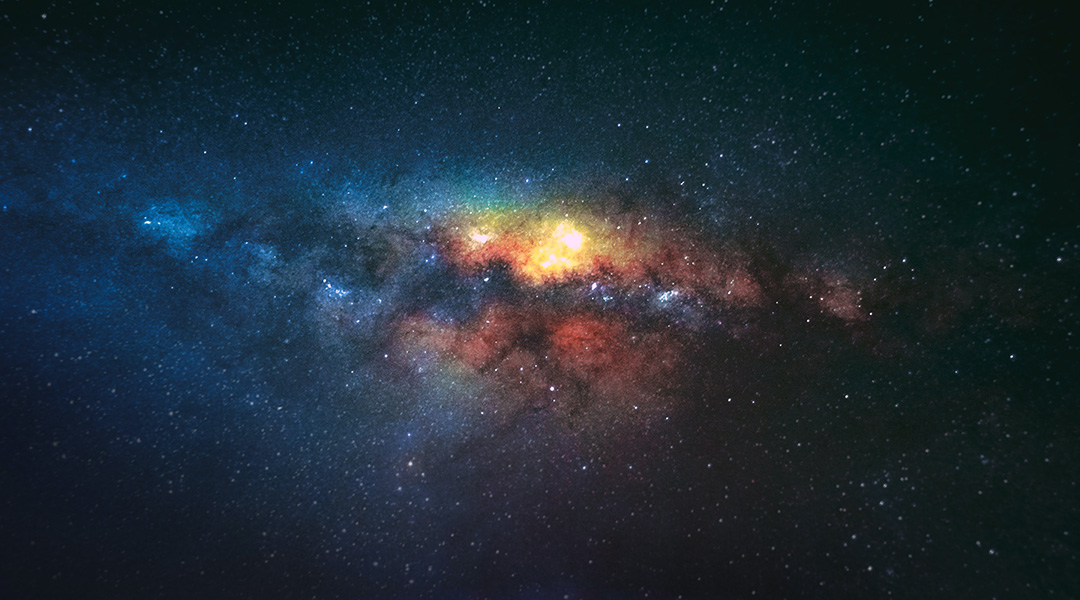 Galaxies appear as distinct structures in an otherwise dark sky but, they are in fact connected to a universal web of gas and dust out of which they have grown. With this in mind, where is the edge of a galaxy and what can it tell us about how they formed?

Using a new definition of galaxy size, Nushkia Chamba at Stockholm University and her collaborators identified the edges of almost 1000 nearby galaxies, uncovering several fundamental results about how they formed and evolved. Their results are soon to be published in the journal Astronomy & Astrophysics.

“We’re critically viewing what people call size, that’s how it started,” said Chamba. “Other papers use a definition that dates back almost a century when the outskirts of galaxies could not be accurately studied.”

Building on their previous work, the authors link a galaxy’s size to its star formation using what they call a “critical gas threshold”.

Stars are created from cold gas that is available throughout the universe but they can only form if the density of this gas passes a critical threshold. Chamba and co-workers argue that the edge of a galaxy is defined as the point at which star formation inside the galaxy significantly drops — when the gas density falls below this critical threshold.

These drops in star formation have been previously observed as dramatic falls in the ultraviolet radiation measured in these regions. However, this feature is also observable at optical wavelengths, which is what Chamba and team used to identify their edges.

To perform these measurements, Chamba’s team needed high-resolution images to measure how the light changes from their centers out to large distances. They used data from the Sloan Digital Sky Survey, an optical telescope in New Mexico, USA, that has been performing repeat observations of the whole northern sky for over 20 years.

The authors identified the outermost point at which they observed a sharp change or drop in the light and measured the distance from the galaxy’s center where this feature occurred. Using this approach, the authors identified the edges of almost 1000 nearby galaxies, from low-mass dwarfs to giant ellipticals, which allowed them to uncover more about how they formed and evolved.

Once the galaxy edges had been measured, the astronomers wanted to confirm their critical density theory. To do this, they looked at the density of stars at the recorded edges and found that there were, in fact, three critical density thresholds which changed depending on the galaxy’s shape: diffuse, low-mass galaxies have the lowest density edges, this then increases in spiral galaxies like the Milky Way, and is highest in massive, elliptical galaxies.

For the first time, the team identified physically motivated definitions of a galaxy’s edge.

This increasing density of material in the outskirts also shows that high-mass elliptical galaxies are more efficient at forming stars compared to their low-mass counterparts.

They also examined how their size varied with the galaxy’s total stellar mass, and found the strongest relationship ever reported between these two quantities — three times stronger than with other approaches — where the galaxies with the biggest physical extent have the most mass and the smallest, the least.

Since galaxies of all shapes and sizes are represented in this relationship, it suggests that there could be a common mechanism by which galaxies form their stars.

Many questions still remain about the nature and implications of these results; for example, the role of the galaxy’s environment and whether they apply to galaxies in the early universe, but they could shape up to be something very interesting.

“We’re looking at all this new physics coming out of this result,” Chamba said. “We are all very excited about it!”