The domestication of crops is a directed evolutionary process that has lasted for most of human history. It has allocated naturally occurring mutations that encode traits for higher production, better taste, and convenient cultivation. These traits can better manage pathogens, insects, weeds, drought, temperature, flood, salt, and other detrimental conditions. However, it is a very […] 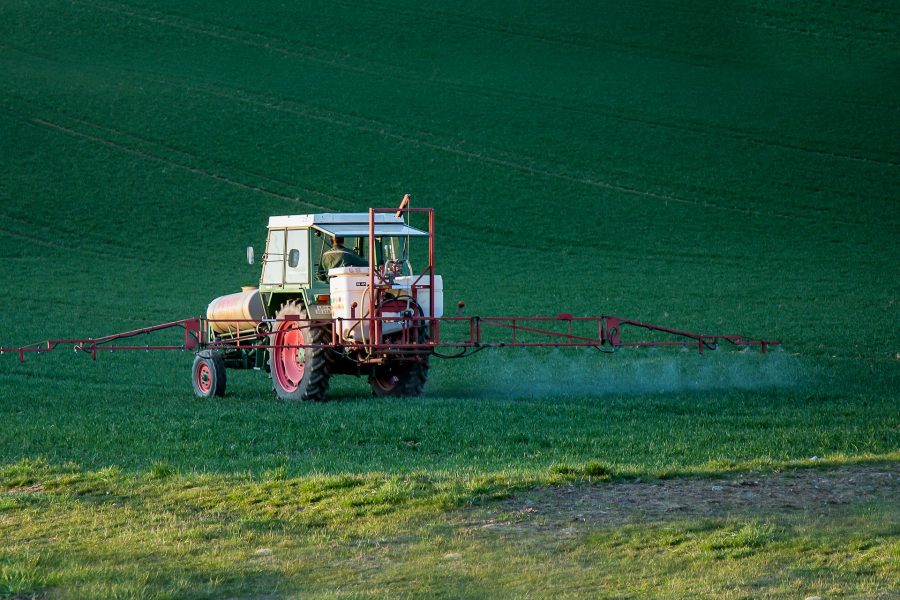 The domestication of crops is a directed evolutionary process that has lasted for most of human history. It has allocated naturally occurring mutations that encode traits for higher production, better taste, and convenient cultivation. These traits can better manage pathogens, insects, weeds, drought, temperature, flood, salt, and other detrimental conditions. However, it is a very inefficient process, marked by the slow occurrence of mutations and traditional breeding.

Recent advancement in genome editing technology, such as the Clustered Regularly Interspaced Short Palindromic Repeat (CRISPR)/Cas9 system, has opened a new avenue to greatly accelerate this evolution process.  In this system, CAS9 is directed by a single guide RNA (sgRNA) to a specific DNA sequence, generating a site-directed double-strand break, which can later be repaired. The process to repair the break is imprecise, generating genetic changes from single-point mutations to small or large deletions.

Scientists have further improved the precision of this technology by fusing cytidine deaminases to CAS9 to edit the genome. Cytidine deaminases are highly conserved enzymes from bacteria that mutate cytidine into other nucleotides. This editing system does not cause double-strand breaks and the follow-up repair process like CRISPR/CAS9 and is more precise.

Using these technologies, scientists can generate diverse genetic mutations to change the property and function of a protein in a wide spectrum, such as high crop yield and stress resistance. However, this directed-evolution method was developed initially in the mammalian system and has not been applied in plant systems until recently.

A study by Haroon Butt and coworkers developed a CRISPR/Cas9-based platform for rice (Oryza sativa) to resist the herbicides pladienolide B (PB) and herboxidiene (GEX1A), by making mutations in a spliceosome component, SF3B1. SF3B1 is required for the normal expression of many genes in rice. PB and GEX1A inhibit its function resulting in intron retention and aberrant germination and root development. Using this platform, the researchers generated over 100 sgRNAs that targeted the whole SF3B1 gene to produce multiple mutant variants and identified those that bypassed the inhibition. They also found that it was more effective to direct mutations on the protein domains known previously to be targeted by some drugs. Structural analyses determined that these selected variants exhibited destabilized interactions with the herbicides.

Another study by Rui Zang and coworkers edited the nucleotides to create herbicides resistant wheat strains using cytidine-deaminase-CAS9 fusion proteins. The authors directed cytidine deaminase through its fusion protein CAS9 and a single sgRNA to the targeted DNA site to edit nucleotides in the wheat germplasm. Cytidine deaminase generated >3 types of mutations in the acetolactate synthase (ALS) gene, resulting in the wheat tolerance to the sulfonylurea (SU) herbicide. They then expressed, together with the above sgRNA, an additional sgRNA to edit two distinct sites in the ALS gene on the genome. This significantly increased the wheat resistance to both the SU and imidazolinone (IMI) herbicides. They also applied this two sgRNAs-system to simultaneously edit two genes encoding ALS and nucleiacetyl-coenzyme A carboxylase (ACCase), generating wheat strains that tolerated two herbicides, SU and quizalofop.

It is evident that CRISPR/Cas-based genetic editing methods can rapidly direct the artificial evolution of crops to bypass or resist a variety of herbicides and improve crop yields. Similarly, it may generate crop strains that are more resilient to climate change, ultimately allowing more sustainable agriculture practices. Its rapid improvement in flexibility and accuracy will guarantee broader and more effective future applications.

Nanoengineered heartbeat via a semi-conductive hydrogel
How Computational Models Can Aid Cardiac Research
Where and how do RNAs localize in tiny prokaryotic cells?
Automated Large-Scale Production of Retinal Organoids