To move technology from the bench to the real-world, there must be a balance between functionality and scalability. 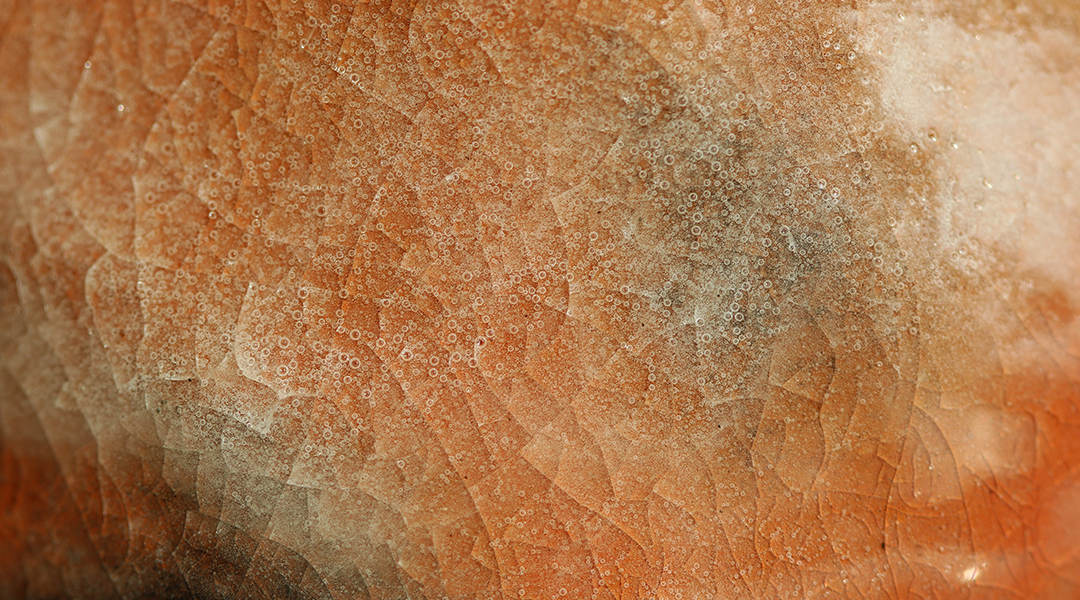 Without any conscious effort, our bodies are capable of efficiently healing cuts and wounds through natural self-healing patterns developed over millions of years of evolution. Research into novel biomimetic designs aim to reproduce the structural characteristics of the body’s natural healing materials to improve the capabilities of artificial counterparts.

New and exciting directions in this field are constantly being explored, and while these technologies might show enormous potential, their clinical application and widespread use are often hindered by the amount of time and cost required to develop them. In order to move from the bench to real-world, there must be a balance between functionality and scalability, which means optimizing technical routes so that the time between design and implementation can be reduced.

A recent study led by Prof. Ming Yang of Jilin University (formerly of the Harbin Institute of Technology) demonstrated the scalable synthesis of an epidermis-like self-healing coating, composed of a 2D structure containing healing agents layered on top of a polymer-based sublayer. 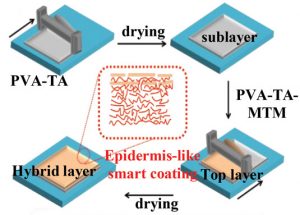 Schematic illustration of doctor blading coating for the synthesis of epidermis‐like smart coatings.

“Research into such coatings is abundant, however, there seems to be a fine balance between robustness and mobility when it comes to these self-healing assemblies, which is further exasperated by their poor scalability”, says Prof. Yang.

The challenge therefore lies in improving the production method of such coatings, which are typically made using a layer-by-layer assembly; this processes is energy intensive and involves repetitive dipping in polyvinyl alcohol (PVA) and tannic acid (TA) solutions to establish film growth, making it unsuitable for large-scale operations.

To circumvent this problem, the team opted to apply a technique called doctor blade coating, which is widely used for producing uniform thin films on large surface areas. Doctor blade coating applies dope solutions (a polymeric material and a mixed solvent as a solvent system for use in the preparation of an integrally skinned asymmetric membrane) to a flat surface using a doctor blade that is either stationary or supported by a frame that moves along a stationary casting surface. This technique has the advantage of high efficiency, low cost, and easy scale-up.

“The transition from molecular assembly previously used for the prototype demonstration of epidermis-like smart coatings to the industrial compatible doctor blade coating [was not] trivial,” adds Prof. Yang. “The latter requires mixing different components before coating, but the former employs separate solutions. [This] problem was finally solved by using a cosolvent system.”

Adapting the doctor blade coating technique to the production of the proposed self-healing coatings was made possible by tuning the composition of the PVA-TA polymer solution typically used in the layer-by-layer assembly. The resulting PVA-TA coatings were then layered with a two-dimensional filler made from montmorillonite (MTM) clay to create films that mimic the outermost layer of the skin (stratum corneum) as shown in the schematic above.

These smart coatings were successfully applied on different surfaces with good adhesion and excellent antibacterial properties. This technology can also be adapted to other desirable materials as the film’s properties can be tuned by varying the compositions and structures of components.

“The generality of [the] epidermis-like design demonstrated in this work and its successful implementation in scale-up manufacturing should provide important insights into the practical application of biomimetics in realizing highly processable smart coatings with attractive multiparameter properties”, says Prof. Yang. “It would be most exciting to apply our biomimetic design of epidermis-like smart coatings to other self-healing polymer systems.”