New research demonstrates a unique mathematical model for the kinetics of the nitroxide-mediated free radical copolymerization of vinyl/divinyl monomers. 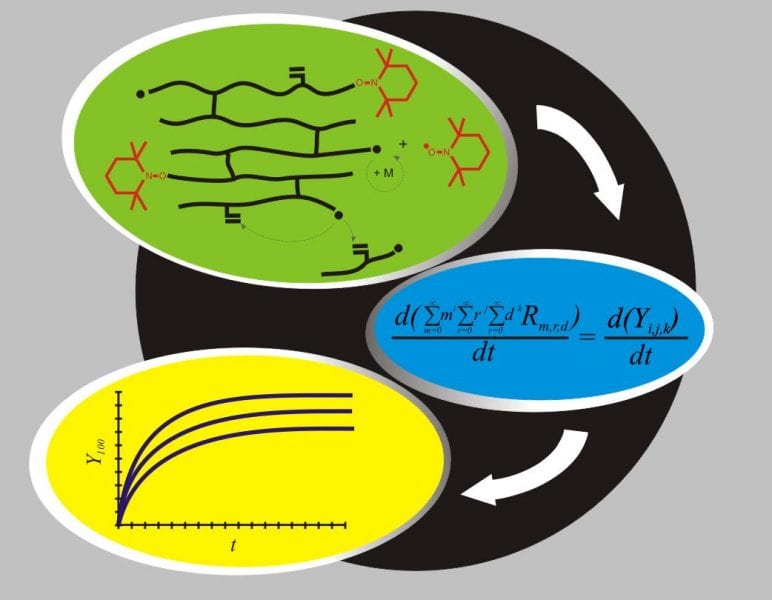 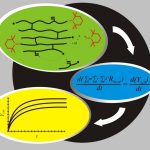 Crosslinked polymer molecules are important in several technological areas: for example, as base materials for biomedical applications, carriers for drug delivery applications, or support for catalytic materials. They are formed by the bonding of polymer chains, bringing about a network of interconnected chains. As the properties of a polymer network are strongly influenced by its structure which is, in turn, influenced by the mechanism and level of crosslinking, a good knowledge of the mechanisms by which crosslinking take place is a key factor for proper control and manipulation of polymer structure.

Mathematical models that properly describe the mechanism of polymer network formation have therefore become of great value. As a result, recently published research demonstrates a unique mathematical model for the kinetics of the nitroxide-mediated free radical copolymerization of vinyl/divinyl monomers. The existence of multifunctional polymer chains during the polymer network synthesis was assumed, i.e., the presence of polymer molecules holding multiple living and dormant centers at the same time was considered in the reaction mechanism. Thus, a multidimensional mass balance equation was derived and solved. Two different approaches for describing cyclization reactions were discriminated. The key factors affecting cyclization were investigated with the model. The model predictions were validated by comparison to experimental values of conversion, average molecular weights and gel content of different systems in both bulk and solution, obtaining good agreement in all cases.