Converting Instead of Adding – The Concept of Single Polymer Composites 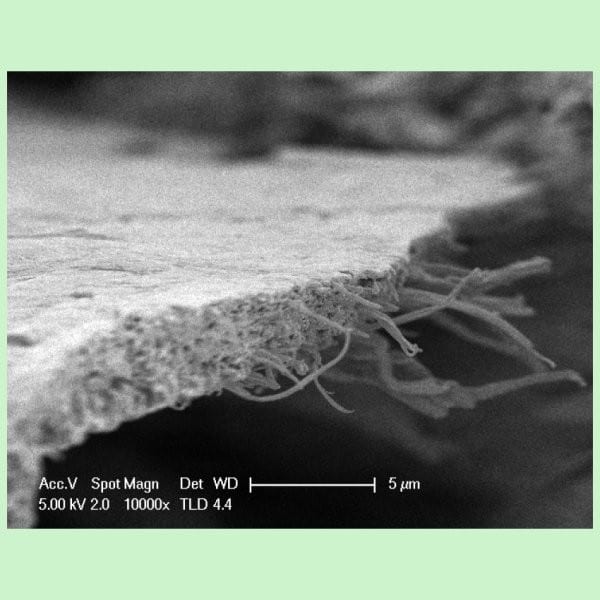 Synthetic polymers as materials are distinguished by poorer mechanical performance as compared with those based on natural polymers (e.g. wood). In the majority of cases they need to be reinforced via blending with a stronger material, usually being fibrous form. In such a case one deals with a composite material, for which the reinforcing effect depends mostly on two factors:

Good adhesion is needed in order to have a full transfer of the load from the matrix to the reinforcement and thus to make use of the better mechanical properties of the reinforcing material.

As a rule, the adhesion on the face boundary between matrix and reinforcement is of poor quality because these two composite components are of different chemical composition. Most frequently the matrix is hydrophobic and the reinforcement hydrophilic (glass fibers, minerals).

Another problem of environmental character is the lack of commercially relevant approaches for recycling of the most common composites comprising typically 30% glass fibers.

And finally, the modern trends for creation of polymer nanocomposites comprising only 2-3% reinforcement do not solve the problem because the expected high mechanical performance is missing mainly due to the poor homogeneity of their dispersion in the matrix.

As described by Stoyko Fakirov (University of Auckland) in his recently published review, the solution of all these three problems, namely poor adhesion, environmental concerns, and poor dispersion of nano-sized reinforcement in the matrix can be found in the concept of single polymer composites (SPCs), for a number of reasons.

Firstly, SPCs are one-component systems, i.e., the matrix and the reinforcement are of the same chemical composition and the problem of the adhesion quality should be not that crucial. Further, the environmental impact has a rather easy solution – SPCs can be remelted and reprocessed, or, at the end incinerated completely. Finally, the dispersion problem does not exist either, even in the case of nanofibrillar SPCs, since the blending step in their manufacturing is missing. In addition, SPCs are characterized by superior mechanical properties, particularly those of nanofibrillar type. For example, nanofibrillar SPC of poly(ethylene terephthalate) (PET) shows an E modulus of 10.57 GPa, approaching the PET/glass fibers (60/40) with E = 11 GPa.

What about polymers in nanofibrillar form? Currently a technology is being developed for converting practically any bulk polymer into nano-sized material with controlled nanomorphology. For this reason the recently formulated concept “converting instead of adding” seems to be quite realistic.