Researchers create an artificial array of magnetic cilia that could contribute to advancing the capabilities of soft robotics. 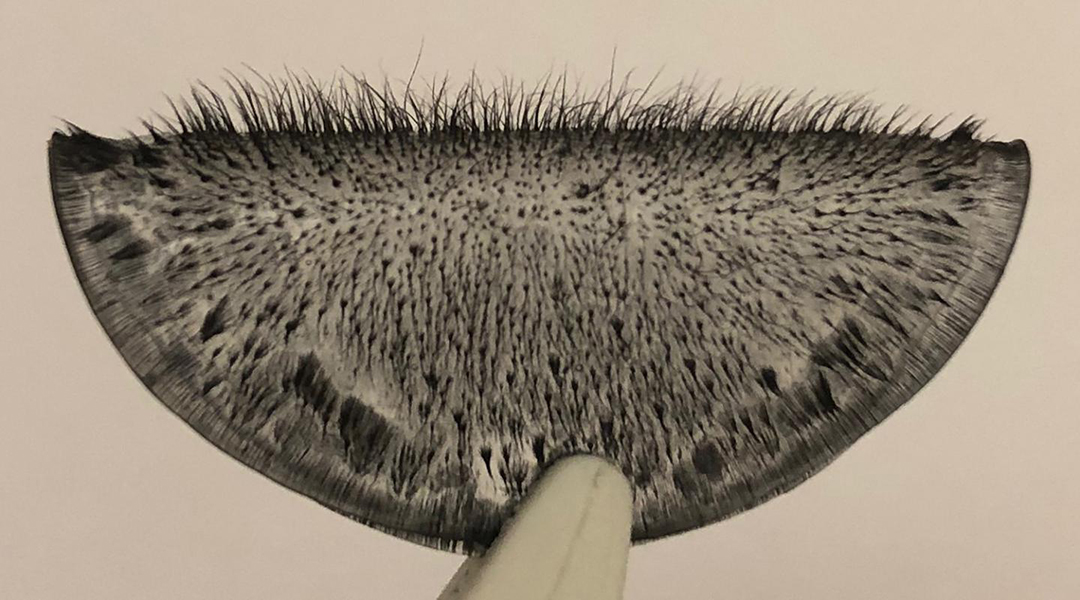 Although still an idea that seems relegated to scifi novels, microrobots are being touted as the future of medicine. Imagine that instead of pills or invasive surgery, treatment at a hospital involved a single injection with a swarm of robots smaller than 1 mm that navigate through your body to clean arteries, diagnose and treat cancerous tumors, collect tissue samples, or eradicate bacterial infections.

Researchers have been working toward this goal for the past 30 years, with the greatest challenges lying in developing microrobots that have controlled, energy-efficient movement and are capable of handling the different “terrains” found in the human body. The movement of biological systems has provided endless inspiration for researchers, who have developed biomimetic or biohybrid robots capable of navigating biological environments.

To this end, a team of researchers from North Carolina State University and Elon University has created synthetic, hair-like structures called cilia that can bend into new shapes in response to a magnetic field, then return to their original shape when exposed to the proper light source. Cilia are used by a number of microorganisms to swim by beating the tiny hairs and have found extensive application in creating robotic swimmers.

“This work expands the capabilities of magnetic cilia and our understanding of their behaviors,” says Joe Tracy, corresponding author of a paper on the reearch and a professor of materials science and engineering at NC State, in a press release. “A key point of this work is that we’ve demonstrated shape memory magnetic cilia whose shape can be set, locked, unlocked, and reconfigured. This property will be useful for enhanced and new applications.”

The artificial cilia were created by dispersing magnetic iron microparticles in a polymer matrix and forming them into cilia through a technique called solvent casting, in which a mold is dipped into a solution of the polymer dissolved in an organic solvent. The solvent is then drawn off, leaving a polymer film in the desired shape. In the current study, the magnetic cilia were created by casting them in the field between two permanent magnets. The magnetic moment of the microparticles drive self-assembly of the cilia as they align with the applied magnetic field.

According to the authors, temporary shapes obtained through combined magnetic actuation and photothermal heating can be locked by switching off the light and magnetic field. Subsequently turning on the light without the magnetic field brings the cilia back to their original shape.

“The cilia are actuated by magnetic torques, which means the cilia rotate and align with the field from an inexpensive permanent magnet, instead of being pulled toward the magnet,” says Ben Evans, co-author of the paper and a professor of physics at Elon. “Actuation of the soft robots in our earlier work relied on magnetic field gradients, which moved the robot by pulling it. The new approach offers another tool for designing soft robots.”

Using a theoretical model that the team developed, they were able to predict how the magnetic cilia would behave under specific actuation conditions, and how they would behave when set in motion.

The researchers also developed a theoretical model that allows users to predict how the shape memory magnetic cilia will respond when actuated or set into motion. In addition, the model explains why the cilia respond the way they do.

“We’re optimistic that these demonstrations and our model can help the research community design ciliary systems with new capabilities for specific applications,” said Jessica Liu, first author of the paper and a recent Ph.D. graduate from NC State.

“We think this work will contribute to advancing the capabilities of soft robotics,” Tracy says.