Computer model determines how conferences can be primed for collaboration

Researchers have harnessed the power of math and data to understand how they can better foster collaboration at scientific conferences. 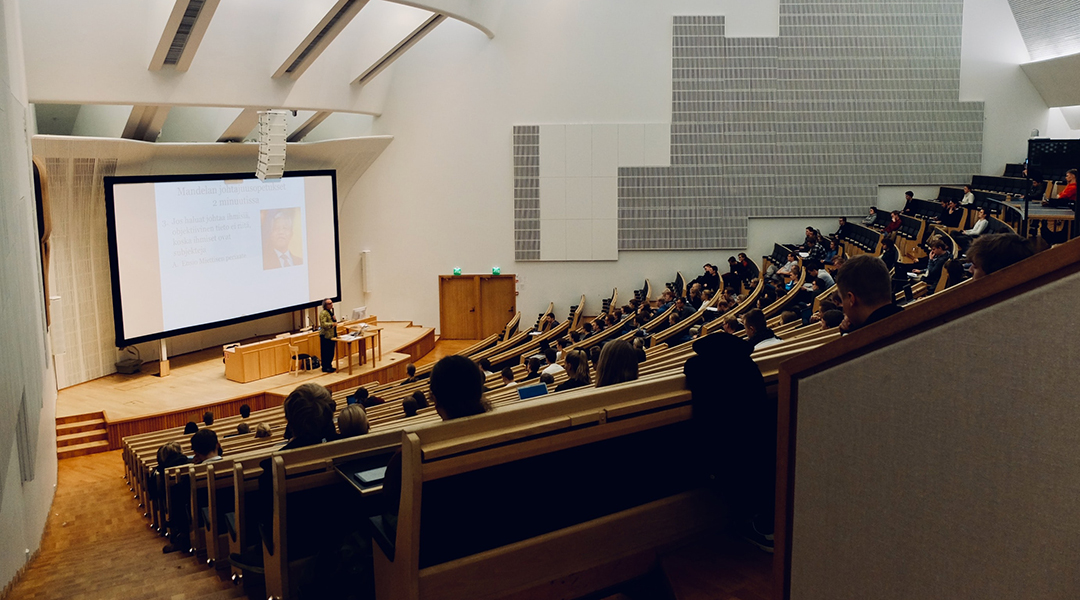 Collaboration plays a key role in science, and conferences have long been a part of helping build relationships between researchers. With the onset of the COVID-19 pandemic, conferences were forced to go virtual, with some unintended benefits — without the need to travel, more people could attend conferences that would otherwise be inaccessible due to an inability to secure funding.

The future of conferences is yet to be seen; will a return to in-person meetings happen as soon as possible, will some remain digital, or will it be a hybrid of the two? Regardless of how we move forward, one question was obvious for Emma Zajdela, a National Science Foundation Graduate Research Fellow from the Department of Engineering Sciences and Applied Mathematics at Northwestern University, Evanston, Illinois: “How can conferences be more productive in fostering collaboration?”

While working with the Malta Conferences Foundation, a nonprofit organization which aims to bring scientists from 15 different countries in the Middle East together with Nobel Laureates, Zajdela was struck with an idea. “I was working on the mathematical modeling of social systems, and I had this idea of applying it to empirically understand if different conferences are successful in accomplishing one of their main goals, which is forming collaborations,” she said

Zajdela and her collaborators, which included her advisor Daniel Abrams, a professor of engineering sciences and applied mathematics, showed how patterns of interaction that take place during conferences can be used to predict who will subsequently form a new collaboration, even when interactions are organized rather than freely chosen.

“There is not a lot of work done on this problem,” she explained. “Limited empirical research in the past has shown that conferences do increase collaborations, but ours is the first to propose a mathematical model to understand why they form and predict, given a conference structure, who are the scientists who will form teams and what factors bring them together.”

Zajdela uses the analogy of a chemical reaction to describe her model. Scientists are considered “molecules” in a solution, interacting to some extent, but there is a set probability that a reaction will take place and a collaboration will form. “Our idea is that the conference behaves like a catalyst in accelerating the speed of this reaction,” she added.

“It’s a very simple model conceptually — we think about how people interact, this is our input,” she continued. “We defined it as proportional to the time people spend in a session together, weighted by the number of people in the session, so that the interaction is stronger if it’s a group of only two people versus a group of 40 people. In the analogy with chemistry, you can think of it as the solution being more concentrated.

“As scientists interact more, the chances of a collaboration forming rises and when they stop interacting, the probability decreases. We also included the idea of memory into the model. If people meet at a conference and interact sufficiently, then they do not immediately forget each other; there will be some non-zero probability that they will form a collaboration years later, which we call the “memory probability”.”

Zajdela and her team partnered with a series of conferences called the Scialogs — a series of scientific conferences organized by the Research Corporation for Science Advancement, aimed at promoting research, dialog and community — to determine the significance of their model in predicting real-world outcomes. The organizers helped collect data from 12 conferences which had on average of 50 participants attending each. “That’s over 13,000 pairs of potential collaborators,” said Zajdela.

Not unexpectedly, the team found that more interactions led to more collaborations, which they defined as the number of joint proposals submitted at the end of the conferences.

Their findings, available in a preprint study, also underscored the importance of interacting in smaller groups, which were much more important when it came to predicting who was going to form a team. “People assigned to smaller groups were eight times more likely to collaborate than those who were not,” she added.

Zajdela’s research team was also able to apply their model to data they had gathered from virtual conferences, to see how digital and in-person interactions compare. “When the pandemic hit, conferences went fully virtual and we were able to directly compare five virtual conferences,” Zajdela explained. “We initially thought virtual conferences would be less effective at forming collaborations but were surprised to find that wasn’t the case.”

The effect of interaction on forming a partnership appeared to be higher at virtual conferences than in-person. More specifically, interacting in these virtual sessions was a bigger predictor of a future collaboration compared to in-person events. A possible explanation, saidthe team, could be the fact that interactions are more focused during virtual interactions, with participants meeting only in formal sessions versus the element of informal meetings, such as coffee breaks or dinners, prevalent at in-person meetings.

“If you want people to form specific teams, as a conference organizer, maybe you don’t want as much of the informal interactions,” said Zajdela. “This [could be strategic] when, for example, you want to increase the diversity of your team. In informal interactions, people have this tendency called homophily, where they are more likely to interact with people they are similar to, and in a virtual setting you don’t really have that.

“Depending on what the goals of your conference are, a virtual meeting might be the right fit,” she added.

The team says there are still limitations to overcome, such as carrying out tests on larger gatherings and taking into account network effects, more specifically, the interactions between more than two people in forming collaborations.

“We also haven’t looked at hybrid conferences, but that’s something we may be getting data on,” added Zajdela. “I was talking to people at the American Physical Society March meeting recently about it, and what was interesting was that we saw a lot of people joining online who would have never been able to [participate] in an in-person setting. This is especially true for people from developing countries, whose institutions can’t afford to have them travel to the US or who might have trouble obtaining a visa. I think there is a lot of value in having this option.”

With a slow return to in-person meetings following the Delta and Omicron waves, many hope that conference formatting might change for the better given that virtual events have afforded wider participation as they are more inclusive, more affordable, and less time-consuming.

Regardless of how they inevitably evolve, having empirical data to help conference organizers understand the direct role they play in catalyzing collaborative bonds will no doubt be important in shaping the future of scientific discovery.

“Today, more and more industries are turning to data and mathematical modeling to address pressing questions,” said Zajdela. “With scientific conferences estimated to be a $10 billion industry worldwide, it is time to harness the power of math and data to promote more diverse, innovative, and dynamic teams.”