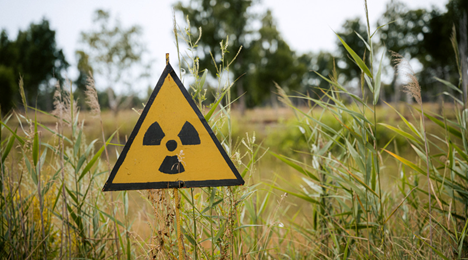 The Three Mile Island nuclear accident that occurred in Pennsylvania, US, in March 1979, happened at a time that strikingly resembles today; fuel prices were climbing and reaching unbearable levels with similar public discontent, geopolitical tensions were high, and other energy alternatives were hurriedly being sought to fill the gap.

There is an excellent four-part documentary called Meltdown: Three Mile Island (2021) directed by Kief Davidson and produced by Netflix that pulls the cover off the confusion around this event, offers insight, and tries to set the record straight.

As someone with only a passing understanding of the event, I can now appreciate how close the US east coast was to a nuclear catastrophe. Years later, the event was estimated to be approximately 30–40 minutes short of suffering a Chernobyl-type event, whereby thousands of square kilometers would have been contaminated and would have required a complete evacuation and remained off limits to public access and habitation for decades or more. Major cities like Baltimore, Philadelphia, Pittsburgh, Washington, D.C., and New York City would have all been in the fall-out zone if this event continued to intensify beyond control. Of course, we’re not talking about a nuclear explosion, but the uncontrolled release of radioactive by-products that happens when the reactor fuel breaches the reactor vessel and undergoes a full meltdown or uncontrolled thermal runaway, generating clouds of ejected material. On the seven-point International Nuclear Event Scale, it is rated a five, or an “Accident with Wider Consequences”.

One positive consequence of the disaster was the worldwide response and resolve of nuclear scientists and engineers which came together to contain this partial meltdown event and avoid breaching the containment vessel. The movie The China Syndrome released shortly before the event unfolded, foretold a similar fanciful disaster in which nuclear material would burrow a hole through the center of the earth and reach the other side. Instead, we know from the later events at Chernobyl (1986) and Fukushima (2011) — both rated seven on the scale mentioned earlier­ — that a full meltdown can contaminate large areas with radioactivity. Reliving the events of 1979 through documentaries and history books would cause even the most intransigent nuclear proponents to revaluate.

Another positive consequence of the accident was that Federal requirements became more stringent on design and safety issues; however, this was counterbalanced by more local opposition, cost increases and construction delays.

The historic US nuclear industry growth at the time never recovered from this event, with 51 reactors being cancelled between 1980 and 1984, and only two reactors being approved to be built in the ensuing years and until today are yet to come online for commercial electricity production. Nuclear electricity demand in the U.S. is slated to advance 1% per year through to 2050. At a current 20% share of the US electricity and 55% of its carbon-free electricity, if existing plants are retired after 60 years’ service, 22 gigawatts electrical (GWe) of new nuclear capacity would be needed by 2030 and 55 GWe by 2050. The US is at a proverbial fork in the road of whether to replenish the industry or retire it completely.

A new mini nuclear reactor with a capacity of 350–500 MW is being developed by TerraPower, a start-up cofounded by Bill Gates, and claims to have passive safety systems in case of an emergency shutdown. The design called Natrium, developed by TerraPower with GE-Hitachi, uses a liquid sodium cooling agent with a high heat capacity and thermal conductivity instead of water, that in case of power loss can be cooled by natural air circulation, enabling direct heat removal from the vessel without an outside energy source. This also mitigates the possibility of high-pressure buildup in the reactor, reducing the risk of an explosion. Their first plant will cost $US 4 billion split between the company and the US Department of Energy’s Advanced Reactor Demonstration program and is expected to be built by 2028 in Kemmerer, Wyoming. The company hopes to reduce the plant costs to about $US 1 billion in future projects. Other markets for this technology include desalination, district heating, hydrogen production, and energy for petrochemical and steel industries.

One interesting topic from the documentary was the question of: Should these facilities be subject to capitalist principles? I.e., should the drive for profits be more important than the safety and well-being of workers, communities, and their continued safe operation? It is no question that we should not spare any expense continuing to regulate, upgrade, and improve them by making them as safe as possible to operate and maintain but if one thing was clear from the film, it was that for-profit utilities and remediation companies involved in the past may have, or at least entertained the idea, of taking shortcuts if it suited their bottom line.

In hindsight, it is clear that luck played a role in avoiding the worst-case scenario in 1979. Designing in passive safety systems will perhaps ease some of the public’s concerns. But if profits continue to eclipse due diligence, will history repeat itself?

Are nuclear energy and natural gas sustainable investments?
Thoughts on materials discovery at the human-machine interface
LGBTQ+ in STEM — Where are we now?
Gaming online teaching