A team of chemical engineers has created a pilot-scale photoreactor for making chemicals using just carbon dioxide and sunlight. 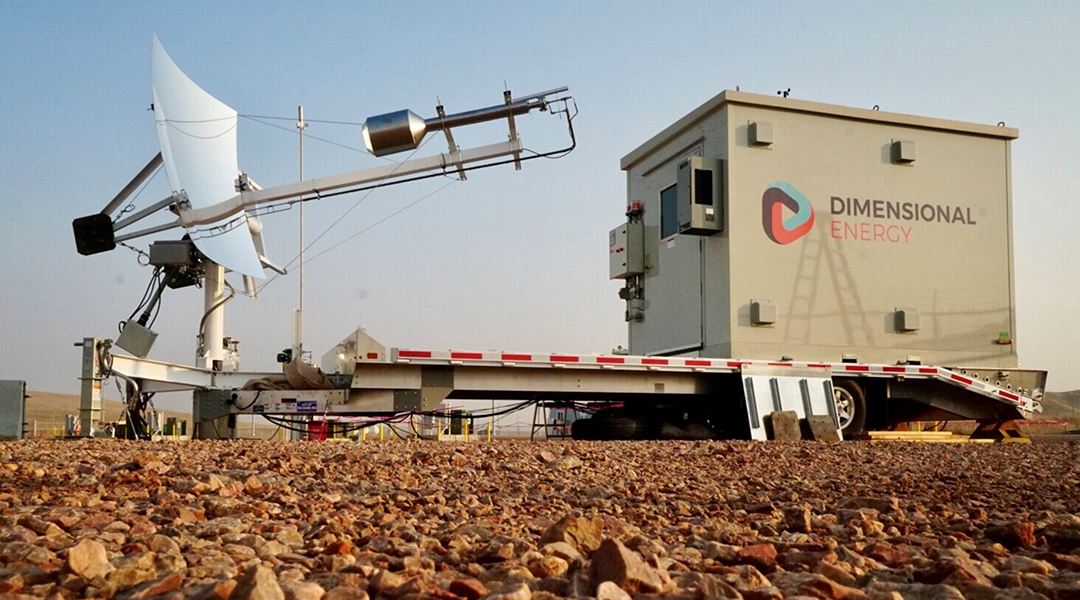 Of all utilization technologies that employ some genre of catalysis to produce renewable chemicals and fuels from CO2, photocatalysis has remained in the most nascent state of development with respect to scaling laboratory demonstrations to pilot size proportions.

Nonetheless, with impressive recent advances in the performance metrics of heterogeneous CO2 photocatalysis, the field is poised to take the next step: utilization and commercialization.

Towards this end, there now exist a number of renewable energy companies that are striving for pilot-scale demonstrations that use sunlight alone to power CO2 conversion to value-added products.

Enter Dimensional Energy, a solar fuels spin-off company from Cornell University, in which a team of chemical engineers has designed, constructed, installed, and operated a pilot-scale optical wave-guide photoreactor for making chemicals just from CO2 and sunlight. A tracking system collects, concentrates, and focuses sunlight through an optically transparent window at one end of a cylindrical chemical reactor onto the ends of a hexagonally close-packed array of glass rods upon which a photocatalyst is deposited. This arrangement is engineered to optimize the interaction of incident sunlight with the catalyst and the photon and energy efficiency of the reaction of CO2 and H2 to form products.

To amplify, the cubic, and rhombohedral, forms of the photocatalyst, In2O3-xOHy, were selected for this ground-breaking pilot prototype. They were chosen because of the impressive performance metrics for converting CO2 and H2 to products, such as CO and methanol. The photocatalysts were coated on the surface of glass rods that were closely packed into a tubular photo-reactor, which was assembled to optimize photon utilization, mass transport, and interaction of reactants and catalyst.

With this photochemical reactor platform technology, a team of Dimensional Energy engineers are vying for the prestigious Carbon XPrize at a CO2 emitting coal-fired power-plant located at Gillette, Wyoming, USA.

It is exciting to see the vision of CO2 photocatalysis successfully scaled in the form of a technology that could be packaged and manufactured as compartmentalized, self-contained, modular units able to be installed alongside emitting industries to create renewable chemicals, polymers and fuels, on-site from waste CO2 as a feed-stock.

To be competitive with other CO2 utilization technologies currently under development, it will be interesting to see comparative techno economic and life cycle analyses that allow one to judge key figures of merit of the conversion process that include energy and photon efficiency, scalability, reproducibility, long-term stability, carbon dioxide footprint and cost of product information. It is performance metrics of this kind that ultimately decide on the economic and environmental viability of a CO2 conversion technology if it is to contribute to a meaningful carbon neutral and sustainable future.

May the light be with CO2 photocatalysis!