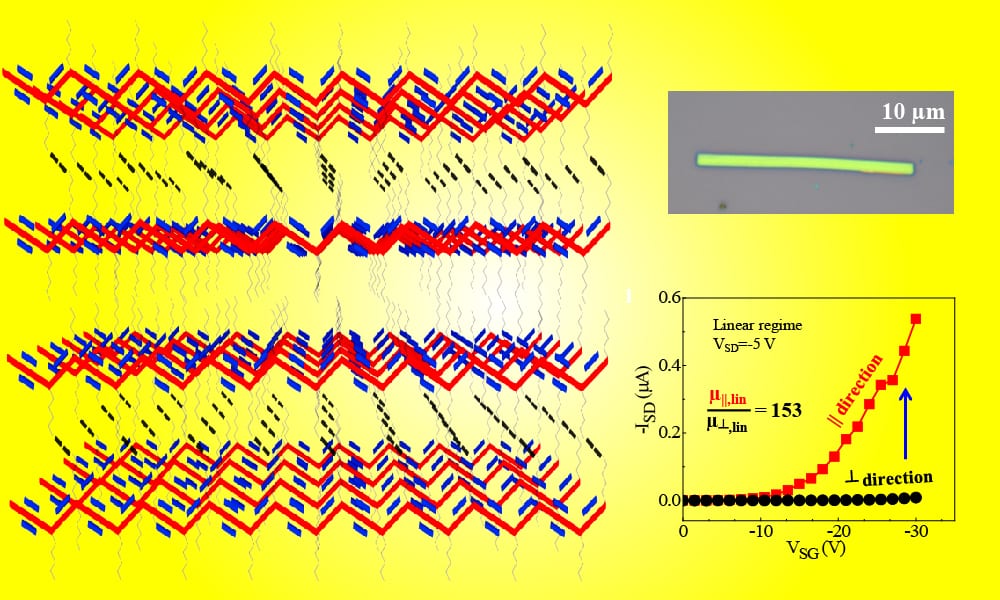 Prof. Huanli Dong and coworkers recently made a big step towards the long-standing fundamental challenge of topochemically polymerized single crystals. With polyacetylene as an example, a breakthrough in producing high quality conjugated polymer single crystals is demonstrated by physical vapor transport and topochemical-polymerization. 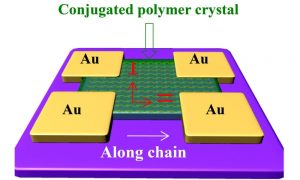 Furthermore, the study shows that by refining the structural order, integrity, and extension of polymer conjugation, significant improvements in macroscopic devices can be achieved. It further underscores the promise of in-situ topochemical polymerization for generating exceptionally high performance optoelectronic polymer systems.

Seeing Red: A New QLED Design for Electronic Displays [Video]
A closer look at the functional properties of ferroelectric capacitors
Computational electromagnetics: Know your tools for they shape our future
A Powerful Lightweight Battery Comes Closer to Reality