Cement made from plant oil and waste sulfur

Researchers combine waste vegetable oil and sulfur to create an eco-friendly, sturdy and lightweight cement substitute that can be remelted as often as desired. 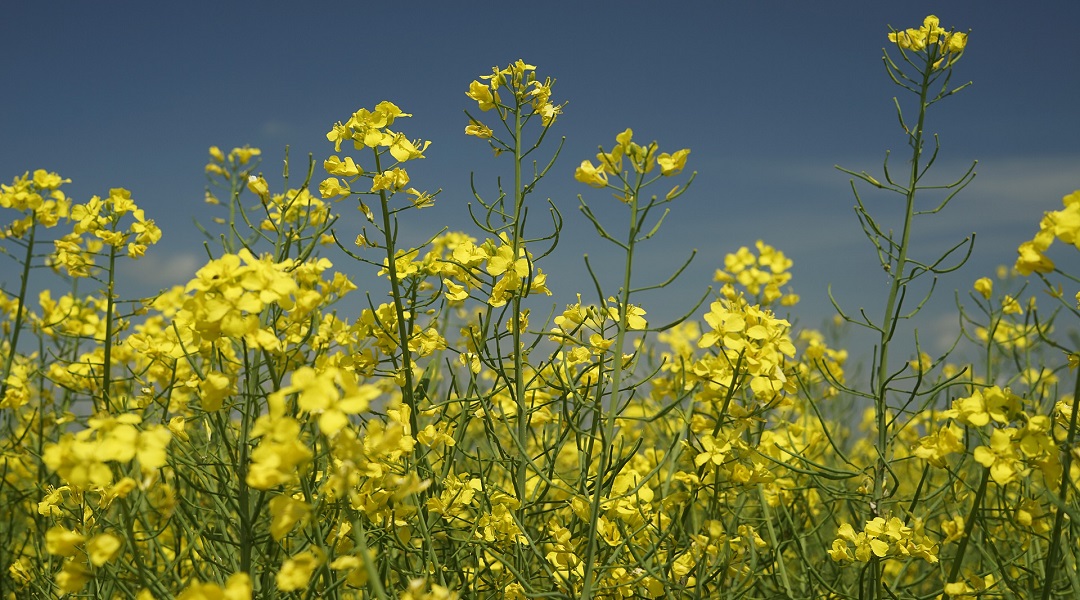 Worldwide consumption of crude oil reached 100 million barrels per day in 2019, global production came out to about 4.5 billion metric tons. Road, air, and maritime traffic have accounted for the largest share of consumption, at just over half, 15% for heating and energy production. The rest was used for the production of commodity chemicals for products such as cosmetics, detergents, clothing, synthetic fibers, foams, plastics for medical devices, as well as packaging or construction industry.

This enormous consumption of crude oil not only contributes to global warming, but also poses a resource problem as oil reserves are limited. Though the United States has around 4% of reserves, it is currently the largest producer as well as consumer of crude oil worldwide.

Plant oil instead of crude oil

Vegetable oils are a promising organic resource that could potentially replace crude oil in the production of sustainable plastics and fuels. Oilseeds are widely grown for use as petrochemical substitutes. However, at the same time, over 4.4 billion pounds of used cooking oil are disposed of in the US and Canada each year.

Professor Rhett Smith, who works intensively on the chemical conversion of waste, and his team from Clemson University in South Carolina decided to try to convert these waste oils into composites by combining them with sulfur, which is itself a waste product of fossil fuel refining.

However, “the variety of different chemicals that make up different plant oils means that each individual type of plant oil needs to be tested individually, so there is a tremendous volume of work to be undertaken if we as a society are to move to using plant-derived oils in place of petroleum,” Smith said.

There are also many other aspects to consider when trying to devise a truly sustainable plastic replacement. “What are the environmental and societal impacts of growing the crops if a plant is used as a source of starting material?”, he asked. “What happens to the new plant-derived plastic after it is made? Ideally only sustainably-grown plants would be used and the materials would be biodegradable. Those were some of the key driving forces behind our selection of these particular starting materials.”

In their study, the researchers produced composites made from canola, sunflower, or linseed oil with sulfur that could be used as a cement substitute. They applied a low cost, solvent-free copolymerization process known as inverse vulcanization. It occurs at temperatures of 90–180°C, and produces materials that can be remelted over many cycles without degradation of their mechanical strength.

The results showed that the compressive strengths improve with increasing unsaturation of the plant oils. The strengths of the sunflower and linseed oil composites are competitive when compared with traditional Portland cement. Portland cement is the most common type of cement used around the world, and is a basic ingredient of concrete, mortar, stucco, and non-specialty grout.

“Demonstrating that a simple plant oil-sulfur composite can be strong enough to meet building codes for cement building applications was a striking finding from this work,” said Smith. “If these materials can maintain this strength over an extended time frame of years like traditional cement, this technology could be a key contributor to the green world we are all trying to build.”

The following steps are to explore the durability of the new materials over time and under different environmental conditions. Smith concluded: “It is also vital to monitor their decomposition, for example upon long-term exposure to soil bacteria. There are also studies that need to be undertaken to see how the ratio of plant oil to sulfur influences the strength of the materials and to explore other plant sources.”