Chemical transformation of waste plastics into value-added chemicals can be a convenient avenue to supplement current recycling processes. 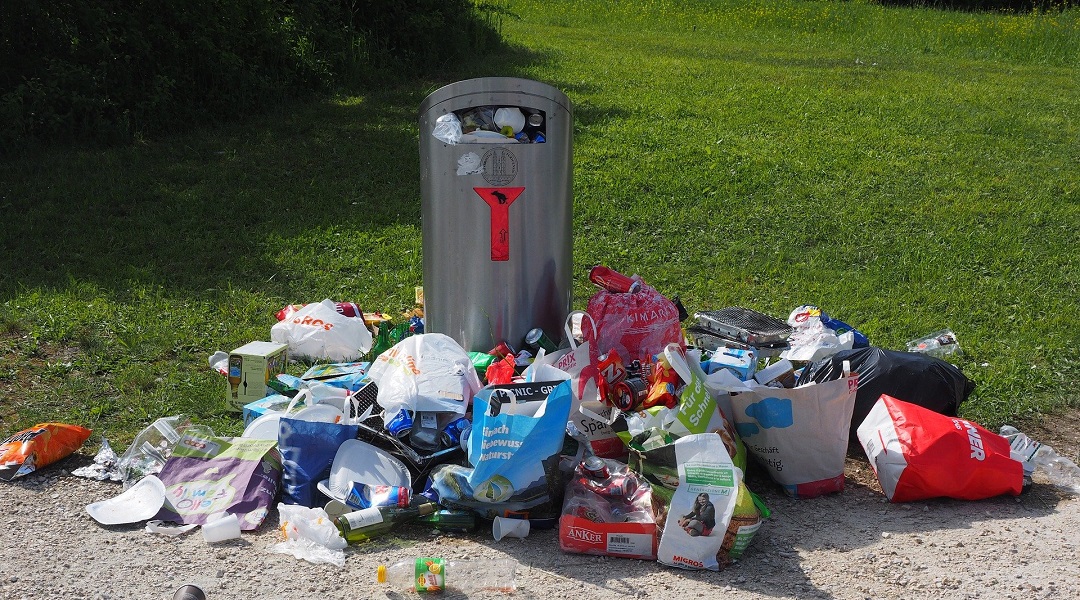 Plastic has become an indispensable part of our everyday life. We use it as packaging, clothing, sports equipment, toys, electronic components, and many other applications. The global production and consumption of plastics has literally exploded in recent decades, as has the pervasive and persistent plastic waste in landfills and the environment.

The world plastics production has reached a record level of almost 360 million metric tons. Thus, “the societal, ecological, and economic problems of plastic waste and pollution demand immediate and decisive action,” according to Timmy Thiounn and Rhett Smith from the Clemson University in South Carolina. In a recent study published in The Journal of Polymer Science, the two explored current contemporary academic efforts being made to develop new methods for recycling some of the most abundantly produced plastics.

Most plastic waste ends up in landfills, but large quantities also find their way into waterways and oceans. But that is not the only reason why recycling is worthwhile. According to Thiounn and Smith, “Beyond ecological effects of these behaviors, there are economic and geopolitical concerns of ongoing reliance on the dwindling petroleum/natural gas supply available for a growing population.”

Efforts to recycle plastic waste have grown over the past two decades, yet the challenges associated with waste plastics as feedstock for new products are sufficiently severe that the relative amount of plastics recycled remains embarrassingly low: less than 10 % of the global plastic waste is successfully recycled.

“Contrast these low recycling numbers with the striking fact that an energy saving to society of approximately seven barrels of oils is accrued for every ton of mixed plastic waste that is recycled,” stated the researchers, “and it becomes self-evident that oil and energy conservation could be astronomical if we could implement an effective recycling strategy.”

The easiest form of recycling is incineration of the polymer for energy recovery. In this process, the polymer is incinerated, and some amount of energy is recovered in the form of heat. Yet this is not very economical and unfortunately, hazardous gases are released during combustion and many toxic residues remain.

Therefore, major current recycling processes favor mechanical recycling of plastic waste; an example of this is taking waste tires and using the rubber crumb as an additive in rubber flooring or park benches.

As different plastics have different properties, the best overall efficiency of recycling plastic waste begins with the sorting and pre-treatment process of plastic waste. This is the basis of a closed-loop recycling: uncontaminated discarded plastics are directly turned into a new product, ideally without loss of properties. However, this is the ideal case, which is not always possible.

“There is still a great disparity between the amount of plastic waste and how much is recycled,” Thiounn and Smith said. “We must now turn to other processes that can be used in conjunction with current processes in order to alleviate the problems associated with the massive amounts of plastic waste being produced.”

An alternative to mechanical processes is the chemical recycling of plastic waste. Here, chemical processes break down the polymer into value-added commodities that can be used as a feedstock for the production of fuels and polymers.

Pilot-scale facilities that rely on thermal gasification have made great progress in recycling full-spectrum municipal waste comprising plastic, textile, food, and other waste components. The waste is devolatilized and a stream of steam and oxygen is injected, facilitating the high temperature conversion into syngas. From here, the crude syngas is sent to a cleaning chamber to be conditioned to meet requirements for its downstream use in other industries. Despite the complexity of the task, it works properly and it is profitable.

Impressive yields of the desired products like monomers, gases, oils and solids have been achieved through intelligent tailored solvents, temperature stages, residence times and starting material, said the researchers.

Now, further efforts need to be focused on catalysts to improve the overall efficiency and lower the temperature to bring down energy demands of recycling processes. Thiounn and Smith said: “The current state of chemical recycling of plastic waste shows promise to become one of the main processes in which we can efficiently reduce the amount of waste in landfills.”

How to spot and support a river champion
Investing in clean energy research: How likely are we to phase out fossil fuels?
Why We Need to Shift Governance Beyond the Blue Water Basin
Recyclable Plastic Composites from Industrial Wastes