Catching up with Younan Xia

Professor Younan Xia talks with Materials Views about his move to Georgia Tech and the new direction of his research. 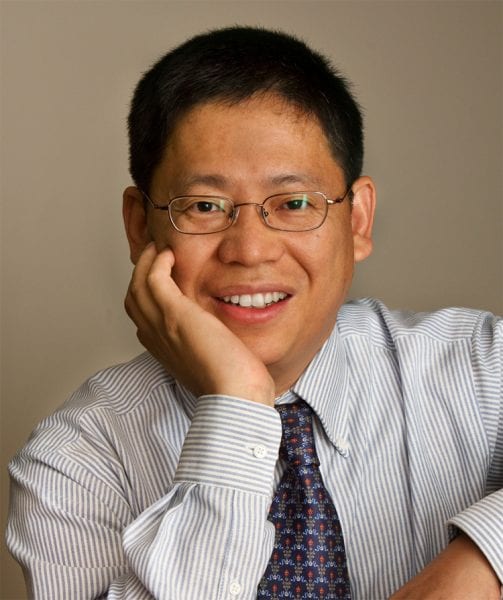 It is a very exciting time in the laboratory of Professor Younan Xia, just named the inaugural advisory board chairman of the journal Advanced Healthcare Materials.  Professor Xia has recently packed up his research lab and moved his group to Georgia Institute of Technology, where he now also holds a joint position at Emory University (you can find out more on his homepage).

This move also brings about a stimulating period of transition for the research in his group.  Professor Xia’s current research interests include such topics as nanocrystal synthesis, nanomedicine, biomaterials, tissue engineering, self-assembly, colloidal science, catalysis, and electrospinning. In the past, his research has been conducted in a way that started with the development of new nanomaterials and then sought their applications in biomedical research and other fields. In the future, he plans to change his research methodology, by instead learning about the biological systems first, and then subsequently using this knowledge to design and engineer nanomaterials for various applications.

But what does this mean for future publications from the group? In his own words, here are 5 recent articles from the Xia lab, which highlight his latest research directions.

1.   “The effect of sedimentation and diffusion on cellular uptake of gold nanoparticles”

2.  “Shape-controlled synthesis of copper nanocrystals in an aqueous solution with glucose as a reducing agent and hexadecylamine as a capping agent”,

This work describes a facile, water-based route to the synthesis of copper nanowires with pentagonal cross-sections and nanocubes with controllable sizes by using glucose and hexadecylamine (HDA) as reducing and capping agents, respectively. The success of this approach relies on the ability of glucose to reduce CuII to Cu0 in an aqueous medium, the capability of HDA to selectively bind to {100} rather than {111} facets, and the feasibility to manipulate the populations of single-crystal and multiply twinned seeds by varying the concentration of HDA. By blocking oxidative etching at a high concentration of HDA, multiply twinned seeds prevailed and then evolved into pentagonal wires with diameters as thin as 24 nm and lengths up to several millimeters. When oxidative etching was allowed at a relatively low concentration of HDA, single-crystal seeds were formed, followed by their growth into nanocubes. This work validates many of the mechanisms we proposed for other metals such as silver, gold, palladium, and platinum. Compared to these metals, copper stands out for its extremely low price and yet has the favorable properties sought by many industrial applications in electronics and catalysis.

This study describes new approach for single-molecule detection by taking advantage of the surface-enhanced Raman scattering (SERS) made possible by simply depositing a silver nanocube on a metal substrate.  Experimental and theoretical results show that detecting an analyte at the single-molecule level is made possible by the presence of “hot spots” at the corners of a silver nanocube in contact with the substrate. By varying the electrical properties of the substrate, and the distance between the nanoparticle and the substrate, we show that the substrate can dramatically affect the SERS by interacting with a supported nanoparticle. In addition, by comparing the SERS for nanocubes and nanospheres of similar sizes, we show that this effect is also sensitive to the shape of the supported nanoparticle.

4.  “Controlling the morphology of rhodium nanocrystals by manipulating the growth kinetics with a syringe pump”,

This paper describes a very simple and versatile method for controlling the morphology of nanocrystals with concave structures and unusual facets on the surface by manipulating the reaction kinetics. The key to the success was to control the rate at which the precursor is added into a growth solution to selectively enhance overgrowth of cubic seeds from corners and edges along <111> and <110> directions, respectively, in the presence of bromide ions as a capping agent for the {100} facets. By simply using a syringe pump, the precursor could be injected into a reaction solution at controlled rates to deterministically obtain concave nanocubes and octopods. This approach can be applied to all different noble metals and other materials.

5.  “On-chip screening of experimental conditions for the synthesis of noble-metal nanostructures with different morphologies”,

In the proof-of-concept experiments, we quickly identified the parameters needed for the production of gold and palladium nanostructures with various interesting morphologies. The key component of this approach is an array of reactors containing solutions with a one- or two-dimensional gradient in reagent concentration, pH value, or reaction temperature. In principle, this approach can be extended to other systems for rapid screening and optimization of experimental conditions involved in the syntheses of different types of nanostructures. It also enables one to discover novel morphologies that tend to form under extreme conditions often missed by conventional batch-based syntheses as they typically operate on the basis of a few discrete data points only.